The strategic alliance is being established to cater to the growing demand by Hollywood studios and other global content creators for converting new films as well as old titles shot in 2D to be released in theatres and on home platforms in stereoscopic 3D.

The tie-up is expected to work on 15-25 feature films every year,

'Our unique process of converting flat 2D films into compelling stereoscopic 3D has been proven technically, artistically and commercially,' Neil Feldman, CEO of In-Three, said in a press statement.

'In order to meet the full slate of films that In-Three has lined up for 2010 and beyond, we sought out the best possible international partner. One that could provide the level of quality our studio clients expect which made Reliance MediaWorks the natural choice for us.'

In-Three's work in the conversion of first run feature films came into the spotlight with the release of 3D film 'G-FORCE' that grossed over $200 million worldwide.

'This partnership is a joint effort that combines the best of technology and artistic talent from Hollywood with the most advanced skills and large scale image processing capabilities in India,' said Anil Arjun, CEO of Reliance MediaWorks.

'Reliance MediaWorks already does image enhancement and restoration for the leading Hollywood studios and the expansion of services into 2D-to-3D conversion was a natural next step for the company.'

They will start work on the first project in 2010.

In 2009, the 3D movie may have its first billion dollar year at the box office with the release of James Cameron's much awaited 'Avatar'. The momentum is expected to continue as there is a line up of 3D movies for next year - 'Beauty and the Beast', 'Alice in Wonderland', 'Shrek Forever After', 'How To Train Your Dragon', 'Hubble', 'Tron Legacy' and 'Toy Story'. 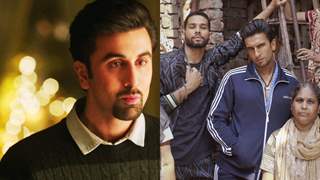 Tamasha to Gully Boy: 5 films that pushed us harder to follow our ...