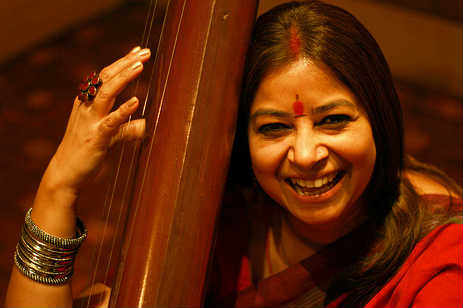 Rekha Bhardwaj is a noted Indian playback singer. She is known in the Bollywood industry for her distinctive tone, singing style and choice of songs.  And now we can hear her sing again for "Ishq Ka Rang Safed". Rekha is the voice behind a number of mesmerising songs of the show.

Ishq Ka Rang Safed, COLORS' brand new show is all set to hit the small screen next week. The show set against the culturally vibrant city of Banaras, it narrates the tale of an impossible love story between Viplab and Dhani played by TV actors Mishal Raheja and newcomer Eisha Singh.

Ishq Ka rang Safed has also roped in singing sensation Rekha Bhardwaj to sing the title track of the show. The track aptly named â€˜Ishq Ka Rang Safedâ€™ is inspired by one of â€˜Kabir Ka Dohaâ€™. Rekha has sung this song before in 2011, from the album, â€˜Kabir Chaura Sufi Chauraâ€™ and now in 2015, Rekha Bhardwaj re-recorded the song particularly for the makers of the COLORS show along with not one but three different versions of the soundtrack! The versions were motivated by the many colours of the show itself; A Sad, Happy and Romantic forms have been recorded by the singer.

Rekha mam you are such a great singer.. Thnks for lending your voice to the show...

+ 2
5 years ago Rekha Bhardwaj voice is so soothing


So glad makers chose Rekha to sing the title track

+ 6
5 years ago They should tag mishal and please open the forum ...the song is nice.