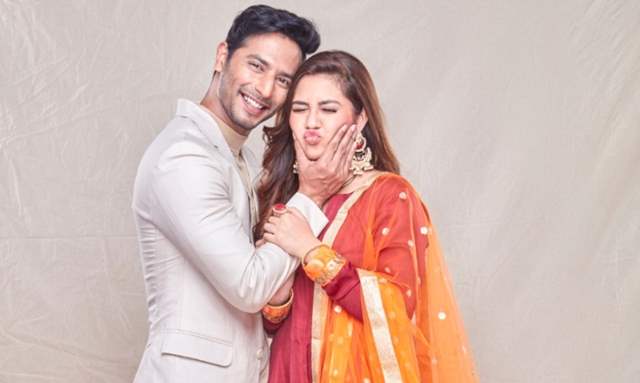 Zee TV’s popular fiction show?Tujhse?Hai?Raabta?has been an audience favourite due to its intriguing plot and relatable characters like Kalyani (Reem Shaikh) and?Malhar?(Sehban?Azim), who have managed to capture the audience’s heart. Both the characters have been bringing in several unprecedented twists and turns, keeping the viewers engaged at every point of the tale. The show recently witnessed a new twist where much to the audience’s dismay, Malhar dies. However, in the upcoming episodes, more drama is to follow, and the audience will be at the edge of their seats as some major twists are yet to unfold. For keeping their fans entertained, all the Tujhse Hai Raabta actors have been working relentlessly and Reem Sheikh reveals how her co-star makes difficult romantic scenes easy to shoot.

Lead pair of Zee TV’s primetime show Tujhse Hai Raabta, Sehban Azim and Reem Sheikh are indeed close friends and always have a gala time on the set while shooting. They even engage in sharing all their shenanigans on set with their beloved fans over social media. The duo's on-screen camaraderie is one of the major reasons behind the show's success. Shooting for romantic scenes tends to be challenging for actors, however, Reem’s take on romancing Sehban is quite a stir.

Reem Sheikh shared, “I am quite out there while facing the camera. I have been extremely true to my craft which is why I am able to deliver a great performance in front of the camera and my chemistry with Sehban reflects. If I will shy away and be hesitant, that will reflect on the screen. But one factor that helps is the fact that Sehban is a really good friend and thus it becomes easy to do many scenes.”

Their chemistry is sure quite the hit, isn't it?