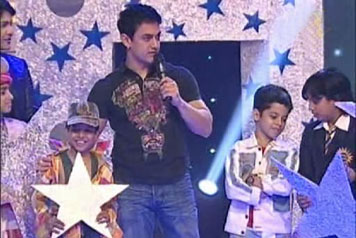 Featured Video
Zee Saregamapa L'il Champs was very entertaining and the participants went all out to impress the two guests of honor - Usha Uthup and Amir Khan. Sonu Nigam’s “Amir-o-mania”, the fanfare side was really endearing. The Amir fans had a blast seeing him gel in so well with the L'il Champ group and both he and Ushaji were very encouraging to the participants in the two days. This week again the public seemed unhappy to see the judgement in the selection of the top 3. Who was better-Vibhore or Vasundhara – this seems to be the point of debate for many. Stuations like this makes one think if there should be 3 judges instead of two? With Loria’s elimination, the show has now got the Top 8 and public voting takes over now after next week's wild card round. 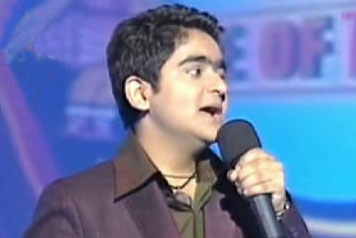 In SVOI Chhote Ustaads, Abhaas, the “Chhote Chamatkar” of recently concluded SVOI picked up the reigns of anchoring from Shaandaar Shaan in an impressive manner. It was an emotional moment to see Shaan bid adieu to the series. If Abhaas’s debut created an impact, then the 12 Chhote ustaads were not far behind. Some of them would give any grown up singer a complex. This time SVOI has shown some note worthy and refreshing changes, the first being the selections of judges who are sweet, but strict, yet know how to handle the kids with care. The second one being the change in the format of the show, that leaves the J & J jugalbandi (Junta & Judges) to decide on the winners. Even though public voting starts off from round one itself, the judges will have a major say in the eliminations every week by choosing their preferred top 3 from the public choice of bottom 4 every week, thereby making the elimination as fair as possible. This concept is a welcome change and hopefully the format won’t be altered to compromise on the objective. 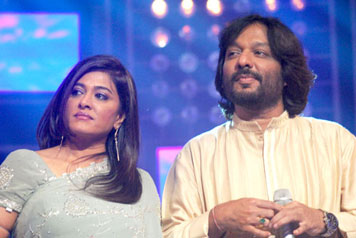 In Mission Ustaad, this week the concept became clearer. The 4 Jodis will sing 2 songs based on the theme for the week and one single new composition - Brahmastra song - based on the theme. The public’s choice will become the winner and the judges will choose the best of the Brahmastra song which will get featured in the Mission Ustaad album. The theme for this week was “Awakening” and all the Jodi’s gave exceptional performances. Expect some heated back and forth exchanges between the judges and the participants in the coming days on selection of the songs. This week Roop Kumar and Sonali Rathod Jodi was the winner of the Judges Choice based on the Bhrahmastra song. Javed Akhter Saab’s comment “A song cannot be new or old; it can only be good or bad. If all old were to be discarded, then we would be left with no folk songs. Select a song based on whether it is good or bad and not whether it is old or new” ,had a message for all these shows.

SaReGaMaPa set the ball rolling with a friendly, simple, drama free musical format and kept the public voting out till the top 8. SVOI has public voting from round 1, but has a back up plan to make sure justice prevails in a fair selection. Mission Ustaad has very strict, knowledgeable and strong judges whose primary focus is music with a message. The main focus for a change in all the contemporary musical shows seems to be on quality and there is a hope that this time we will see talent getting the much needed recognition.

+ 3
14 years ago This week was a greta treat. I was most impressed with VOI. Abhaas, what a fabulous entry he made with Satyam Shivam Sundaram song.Never thought a guy could do full justice to the song till I heard Abhaas. The other slow song that he sang for Shaan was equally heartwarming. He is a good choice as a host for the Lil champs though he does seem to go overboard on the Duniya walo & the Chhote Ustaad delivery part. The participants...Anvesha & Aishwarya are mindblowing. Now who was the kid who sang-laga chunari mein daag - was it Areeb ??? even he rocked. The judges are good but Shreya is the cutest of the lot.She is so sweet.

SRGMP rocked with Amir& Usha ji.Amir was very down to earth.

Mission ustaad was also good.Javed ji comment on new song /old song in response to Simone Singh's comments was really a good one.

Lets hope these shows continue to do well in the coming days...

+ 2
14 years ago well of all the reality shows..mission ustaad stands out for me...apart from awesum songs and talented singers and AR Rahman ofcourse wat sets it apart is the cause for which it is made....

and i got to know so many things...one that UN had given India among other countries a duration of 12 years for eradicating poverty and increasing the literacy rate among others and 7 years is already over...i like the positive feeling which can be seen in the show to bring about the change much needed in our society

and ofcourse listening to kailash kher and nagesh iyer perform is sumthing else together.....not to mention mohit chauhan and roop kumar rathod....and the female singers too

and the icing on the cake was AR Rahman's rendition of my all time fav number yeh jo desh hain mera from swades....it was awesum...

roop kumar rathod and sonali rathod were the deserving winner for their amazing original composition..

can't wait for the next episode...

+ 3
14 years ago I can't express how overjoyed I was to see Aamir Khan in SRGMP... his presence there just made my entire day. It was such a wonderful episode, the kids sang so well... uff, why do we have to have public voting :( Hmm.. but thanks Barnalidi!

+ 2
14 years ago i soo agree with u...im not being mean but the judges r really being partial sometyms...its not tht i dont lyk vasu..infact she is one of my fav there..but still its sumtyms unfair to see her in top..nd other singers lyk vibhore, rohit or amir..being second or third wteva

+ 3
14 years ago im soooo glad no fights happen on SRGMP...and the vibhire-vasundhara angle really makes me mad..i felt vibhore is a far better singer n has been doin very well...if vasu is gettin top 3 position thn i feel a bit of partiality goin on becuz of her condition....not fair at all