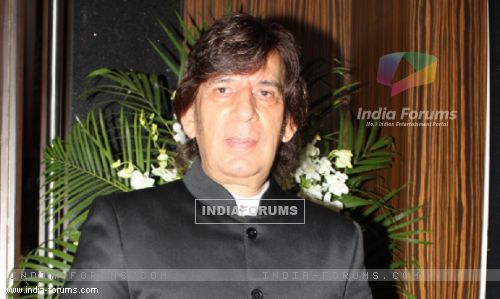 Chandrakant Chiplunkar Seedi Bambawala airing on SAB TV has been doing well with the viewers for the hilarious yet the message driven concept that the show has to offer. Last, TellyBuzz had reported about legendary actor Prem Chopra coming on the sets and doing a special guest appearance.
Well today yet again, TellyBuzz is back with the news of Bollywood actor Razzak Khan coming on the sets and doing a special appearance.
Our source says, "Razak Khan will be seen coming in the Chandrakant's (Prashant Damle) society. The episode will air for three-four days. The entire sequence is basically that the builder of the society wants an NOC from the society members but the society members refuses to give him the NOC as he did not complete the pending society work. All of the society member were so united that they were not ready to listen anything. That is when he the builder brings in Razzak Khan who will essay the role of Shanti Prasad who basically has a grey shade to it. But on the other hand, he portrays his image on the society members as though he is very good and advises everyone on all matters. But eventually he will find that the members have started quarreling and Shanti Prasad finds he is successful in creating a rift between them. But eventually occurs some situation where Shanti Prasad will be on the society members' side and he will warn the builder not to do anything with them."
Well, now this is interesting!
Keep reading this space for more updates on your favorite shows.
Upasana Patel