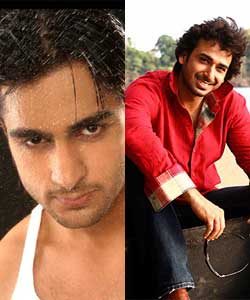 Ravi Ojha Productions has already set a milestone with their popular show on Star Plus, Sasural Genda Phool. The makers are all set to bring yet another show for the same channel.

A source says, "The show is tentatively titled Sajda which will tell a different love story about a college going girl. The production house has taken a new face, Chavi Pandey, to play the female lead of the show."

We hear that Shaleen Bhanot who was last seen on Imagine's Do Hanson Ka Jodaa and Sarwar Ahuja (fame Jyoti) have been approached to play the male leads in the show.

TellyBuzz contacted Producer and Writer, Mitali Bhattacharya and she said, "It is too early to talk about the show as nothing has been confirmed yet."

When contacted, Shaleen Bhanot and Sarwar Ahuja confirmed the news and said that they were approached for the show. They also added that nothing has been confirmed yet.

Watch this space for more update…

Mazzy111 9 years ago i wish thye pick shaleen, he will be reeally good!

mjtruelegend 9 years ago I wish that MR Ojha could come back to direct SGP. Remember those 1st few episodes? How great were they? We would've become tired in saying "excellent" after every episode for almost 400th time because his direction was so smooth. Ravi sir I miss you deeply and I pray for your speedy recovery.
Mr Kumar, you have given us some wonderful scenes and episodes with your direction but they are becoming less and less. So please try and maintain stability because we love the magic that is SGP and we want to see it as often as possible. All the best to you!

littleflaws 9 years ago As long as this new show doesn't affect SGP, i am good with it! SGP Roxx! its the best show :)

shivani003 9 years ago Gosh I have been waiting for ages just to see a glimpse of Shaleen for ages! Glad to hear he will be back on TV. All the best to him

-Ruhee- 9 years ago Good..As long as this new show doesn't affect my all time favourite show SGP ...
Sgp is best..

madhu_d 9 years ago SGP has more story to tell and can still do wonders if you can concentrate on tracks. its very rare that all bunch of creative actors under one roof..so plz tap their potential and give us our old sgp back rather than come up with new shows which may or not be of SGP standards..

BIackSwan 9 years ago ok so which show is been axed for this new one!??!?!

gendaphoolpn 9 years ago I'm happy that SGP has given Ravi Ojha PH so much success:)
As long as this new show doesn't affect SGP in any way, I am happy:)

Kangana Ranaut Vs Anurag Kashyap: Actress ‘Steps Back’ after ...
57 minutes ago