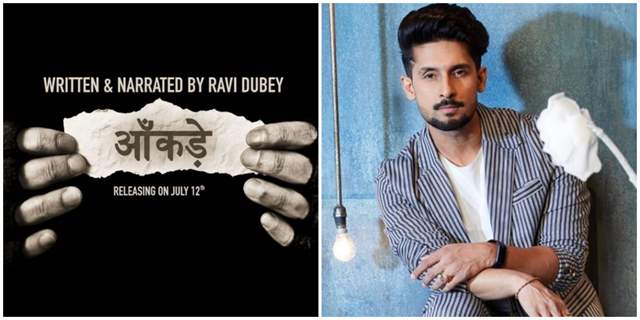 Actor Ravi Dubey has enthralled the viewers over the years with his brilliant performances and has always provided quality content to the audience. Even in the lockdown, Ravi Dubey and Sargun Mehta entertained the viewers with their music video Toxic which they shot from home. Toxic which was in collaboration with Badshah and Payal Dev received an overwhelming response from the viewers.

Now, the Actor is back with yet another interesting project titled 'Aankde'. The project is presented by Ravi and Sargun's Dreamiyata Entertainment. Aankde is written and narrated by Ravi Dubey himself and the music of the same is given by Shishir Samant. The music is currated by Republik of Musik.

The project is all set to premiere on 12th July 2020. It will be interesting to see what Ravi has in store for all his fans.

What do you guys think of the above news? Are you guys excited for 'Aankde'? Do let us know your views on the same in the comments section below.

Ravi Dubey on collaborating with Badshah for 'Toxic': It's a good ...