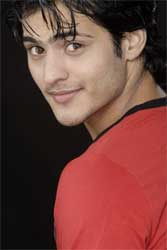 Ravi Bhatia who was last seen in Edit 2 production's Hamari Beti Raaj Karegi on Sahara One as the lead actor will now be making a comeback with Colors' Parichay Nayee Zindagi Kay Sapno Ka with a cameo role.
A little birdie from the sets informs us, "Ravi Bhatia will be essaying Sandy, who is Siddhi's (Keerti Nagpure) childhood friend. Furthermore, Siddhi's closeness with Sandy will make Kunal (Sameer Soni) insecure as Sidhi is Anand's (Saurabh Chopra) fiance' and he doesn't want anyone to cause havoc in his brother's relationship."
"Sandy's character has a positive shade and will make an exit within 2-3 months. The shooting for the role has started and if the track goes well with the channel, the production will think about extending the cameo to a longer running role," adds our source.
Ravi Bhatia who confirmed, "Yes, I am essay Sandy in the show. Hope audience like my character."
Well let's see whether this cameo turns into a full-fledged role for Ravi….
Reporter and Author: Tejashree Bhopatkar
25 Likes

jsimzia 8 years ago i agree with Breezy, dont spoil the show. and bring Sinal together rather then compromising their married life...

LimitLessFan 9 years ago Haye ???? why should Kunal feel anything for his brother and his fiance ???? i get it both brothers are too close but hello let the brother deal with it and nothing should happen where kunal ends up marrying siddhi only to take revenge thinking she is cheating his bro ...
baghwan , K maiya , dont spoil show ...

anki_96 9 years ago ravi rocks!!! love him. please show him in a full-fledge role.

WooHooHaha21 9 years ago I wonder what is Ekta upto! =S
If this character stays for 2-3 months, it means Anand-Siddhi milan is no where near! =|
And hence less and lesser of Kunal Chopra, my main reason of watching the show! =@
I WANT SAMEER SONI'S PRESENCE MORE AND FOCUS ON HIS STORY!
If Im not mistaken, this was a show about him nah? A man who loses everything because of his honesty and his life onwards? What the heck is wrong with Ekta! Arghhh!

shivani003 9 years ago Iam assuming he will be the catalyst bringing Anand n Siddi together. If so, then all the best to him.

sitakshii 9 years ago vikram ,anand and kunal are great in the show
this show showcases an excellent bond of human relations and human emotions
ok lets see how ravi performs in the show...

mash_t12 9 years ago vikram is the most charming character in the show he reminds me of 'ranveer singh'' of 'band baja baraat'. and yes the new entry of sandy is nice bt wud hav been better, he wsnt there in today,s episode.. show him with sidhi makes nice pair.

Shaina_b 9 years ago They show Sameer too little in the show!!!!

And serials fail to handle friendships between opposite sexes properly in shows!!!!!

The audience always starts hating the friend and the spouse gets jealous!!!!Whether it be Heer and Rajveer in KDMHMD or Shaan and Sam in RBO!!!!