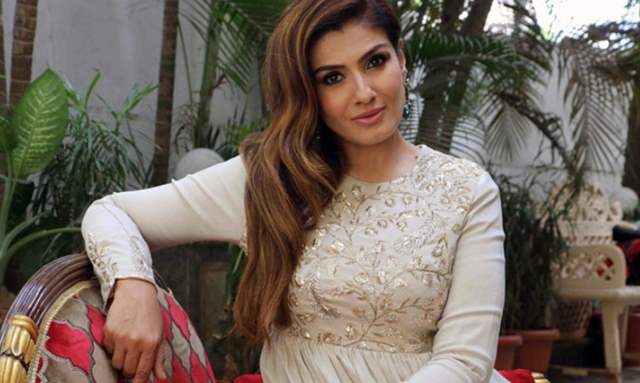 Raveena Tandon has been missing from the big screen for a long time now. She had her last release in 2017 and was recently seen judging the dance reality show, Nach Baliye, on Star Plus.

“Portraying any real politician is a very big risk these days. More often than not, you have a whole lot of disapproving protesting masses who want to stop the film,” states a source close to the development.

Raveena will not be imitating Mrs. Indira Gandhi but is preparing to pick up her mannerisms. “She won’t imitate Mrs. Gandhi. That would look very cheap and unconvincing on the screen. She has seen the way Mrs. Gandhi has been played in recent films. She would rather do it her own way,” adds the source.

This is not the first time that Tandon will be playing a politician on screen, as she has done it before in Madhur Bhandarkar’s Satta, however this time she will play it in an entirely different way. “Her character will take on Sanjay Dutt. They will play friends who turn enemies,” informs a source.

Raveena has been juggling with her professional and personal life and is a mother of two biological and adoptive children. “How do I manage all of this? Don’t ask. It’s all about time management. I really believe there’s nothing that you can’t do if you want to. And if you say you can’t find the time to do something, then you don’t really want to do it,” says Raveena.

Talking of KGF 2, the film is a sequel to K.G.F: Chapter 1 which released in 2018 and stars Yash in the lead reprising his role from the first film and will see Sanjay Dutt as the antagonist marking his debut in Kannada. The film is slated to release in  April 2020.

exclusive
Exclusive Daya Shanker Pandey on What Excites Him Even After Two ...
a minute ago