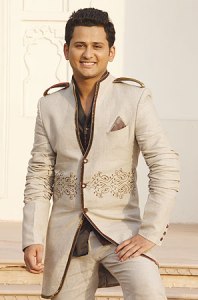 Imagine's Ratan Ka Rishta is moving towards its grand wedding ceremony on 3rd of July, but the show is all set to see some high pitch drama as it nears its end. Therefore along with final three contestants of the show, Ratan Rajput got a shocker too. Read more to know…

A source from the sets informs about the elimination first, "Ratan Ka Rishta got its final three in Anupam Singh Khushwa, Abhinav Sharma, Deepak Pandit, leaving Abhimanyu Singh out of the show. If that was not enough, Shoaib Syed, who was already evicted from the show makes a wild card entry on the show." Sounds shocking!

Khabroo further says, "An unexpected visit appeared on the sets of Ratan Ka Risha while Ratan was busy chatting with Rakshanda Khan. Shoaib Syed, the lad from Delhi who faced Ratan's wrath for his inappropriate behavior made his entry into the frame and left everyone in shock."

Our khabroo further adds, "Shoaib made desperate attempts to get in touch with the production people and the channel so that he could at least talk to Ratan once."

A source from the Production confirmed the Buzz.

We tried contacting Supriya, but she remained unavailable for the comments.

It was not just women who related with the character of Jyoti, but men ...

I did not choose the show, the show chose me: Sneha Wagh on her Hindi ...

Here is why Sneha Wagh was yelled at by the Director!

I withdrew into a shell when I was playing a negative character: Sneha ...

Latagita 9 years ago this is also serial and u r one of the actress in the show... dats all..
all in the hands of production people..
to whom u should get marry also.. what nonsense is this

AK4HC 9 years ago omg! yahhh CANT BELIVE it, NOTT, ppffttt wow im so amazed that sum guy has got a wild card entry,(sarcasm u see), i will always h8 this shw tilll the end...kmh2 ending has left me :'((! so ratan can jus f*** off, this swayamvar season is borin nyways!

riatagore 9 years ago this is sick. instead of him pardeep was much more reliable person

taral83 9 years ago What Crap???????????? That is so stupid...and if Ratan takes any interest in him again...I am sorry I lose all my respect towards her...this makes me sick. The other boys worked hard to get where they are and someone that was eliminated for a "big" reason (in Ratan's POV) comes back bypassing all of them?????????????

Bobbi. 9 years ago What?! Shoaib back? That's impossible! I mean if Ratan got so harsh at him and he got worse toward her, how can he can back? I'm not favoring any one, but that's unfair for the rest of the three men!
Now I am satisfied that this show is unreal. xx

Nikhi. 9 years ago What the actual hell?! How can you have a wild card entry in a Swayamwar?!?! That's completely illogical!

If Ratan's eliminated someone, she's obviously not going to take him back. Plus, when Shoaib left, he specifcally said "No one would want to stay after being insulted like that." So then, why is he back?

Drama. It's all drama for the sake of money.

Shaheer Sheikh opens up on getting offers from Bollywood in ...
12 minutes ago

"This NEWS is FALSE, MALICIOUS & MISCHIEVOUS": Nikhil Slams ...
20 minutes ago