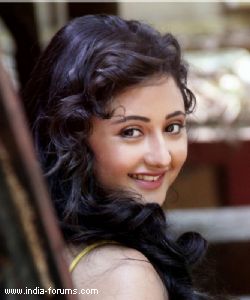 Beautiful actress of television Rashmi Desai Sandhu loved as Tapasya in the popular show of Colors, Uttaran will soon be seen in another show playing a character which she has never played before.

Yes she will be seen in an episodic of Life OK's popular show Savdhaan India - India Fights Back.

As per our source, "The show will focus on the topic of supernatural belief which is a common thing noticed in the daily life of people in the society. Thus in the episodic of Savdhaan India - India Fights Back it will showcase the real life incident of a girl who was a victim of blind faith and how she fights against all odds to come out from this supernatural belief.

The source further adds, "People will see the actress Rashmi Desai playing the victim's character of a newlywed bride who will be possessed by Mataji (Goddess). She is shown as a spiritual girl and later it will be shown that how she tackles with the problem of supernatural belief. The family will celebrate the happenings and viewers will get to see how superstition can cross all the boundaries.The stories shown in the show are based on the real life incidents."

We contacted Rashmi Desai Sandhu to know about her excitement shooting for such show which she hasn't done before and how was her experience shooting for an episodic of such a brilliant show and she says, "Yes I will be seen in the show soon and have started shooting. This is my 3rd day and I am enjoying it, this is very exciting and I am looking forward for my role in the show to come on air soon."

jyothi766 6 years ago very much happy to see u in a new show, eagerly waiting to watch

Vishalrx 6 years ago Eagerly waiting for this episode.
Rashami rocks