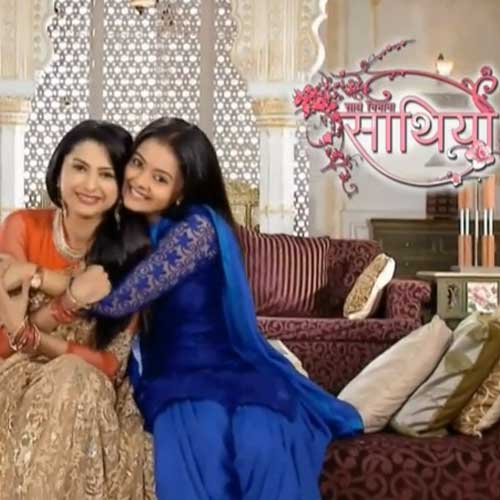 Looks like Saath Nibhana Saathiya is going through a lot of turmoil these days. Rucha Hasabnis who is seen essaying the role of Rashi in the show has already put down her papers and is serving her notice period. She will be shooting till the end of this month.

Along with this there were rumors circulating that even Devoleena Bhattacharjee who is portraying the character of Gopi will be leaving the show. Believing on these rumors we got in touch with Devoleena to get a clear picture on the same.

Now this is good news for all Saath Nibhana Saathiya and Gopi lovers.

As we all know that Rucha is quitting the show, we hear that Rashi will die in the show since Rashi in itself is a very strong character and bringing in a replacement of the same would not work.

Earlier we had reported about the leap which will happen by this year end. Now since Rashi won't be seen in the show, new characters will be introduced to add up the spice and drama in the show.

How, why and when will Rashi die is a wait and watch game.

You guys keep reading this space till we bring you more details on your favorite shows.

faizan209 6 years ago Even if they add some1 else in Rashi's place We will accept her after awhile if shes a good actor. we thought we'd never be able to accept Devoleena but we have grown to love her. Wish Rucha the best of luck 4 her life 2 come & hope we get a great replacement.

+ 4
6 years ago ha ha love it .. rucha s indeed irreplaceable .. m so glad they decided to end her character.. no one else can play rashi .. the trp s ll def rise during the death drama ..waiting to see if they can sustain it later

+ 6
6 years ago Saathiya was never the same after Giaa left. Deboleena is good, but she could not portray Gopi like Giaa did. Her acting changed Gopi's character, and I know that if Rucha had been replaced, Rashi's character too would have been changed. Still, I wish the character did not die. It would have been better to end the show.

6 years ago Rucha hasabnis is best as rashi. Love rucha. I will nt watch sns after rashi's death

+ 2
6 years ago not so good news. already viewers have lost interest in this show

6 years ago I am so happy they're not replacing Rucha.I'll miss her a lot.No Rucha,then no Rashi.I'm also really happy Devo is not leaving.I love her so much:)

+ 3
6 years ago Let some of the male characters die as they are useless and just they are like statues.
Devoleena wont leave as she wont mind even wearing a complete white wig for the show as an eighty year old.

Will miss her alot