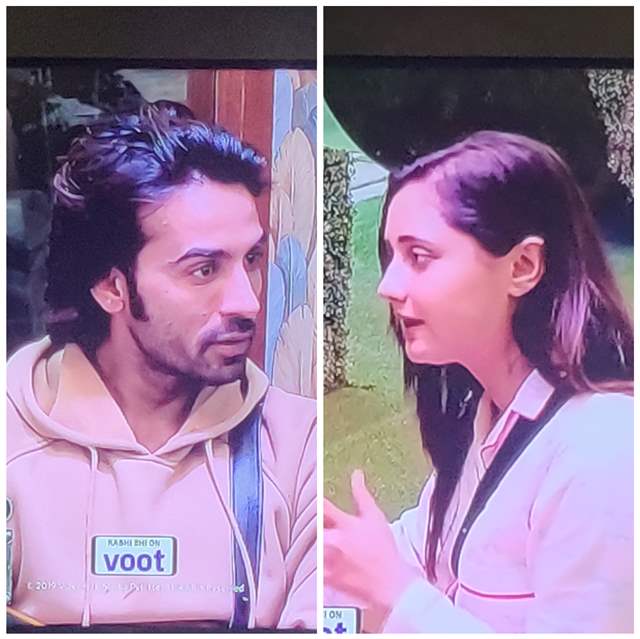 What seemed like a saga that probably would have ended a while ago has now seemingly continues to stretch on. After Salman Khan's revelation about Arhaan Khan having a kid and being married the story continued with Arhaan talking about how it was because of him that Rashami Desai reached where she is especially after he apparent financial meltdown.

This was not taken well by the viewers and even Desai's own brother, Gaurav Desai.

What, however, surprised the fans more was how Desai was apparently totally fine with it and didn't seem to have any problems with the same.

But that moment seems to have finally dawned upon her as she finally decided to confront Arhaan on the same. In the precap, one could see how Desai was talking with Arhaan which included her marking him on his statement that said - 'main usse upar laya Hu' and even spilling details on the apparent meltdown.

During the conversation, Desai is seen breaking down too and Arhaan too seems to be stressed by the same.

PanjabanJatti 8 months ago Break up with that fraud Rashmi it doesnt look good on television!

Guneet80 8 months ago I hope she finally breaks up with this loser.