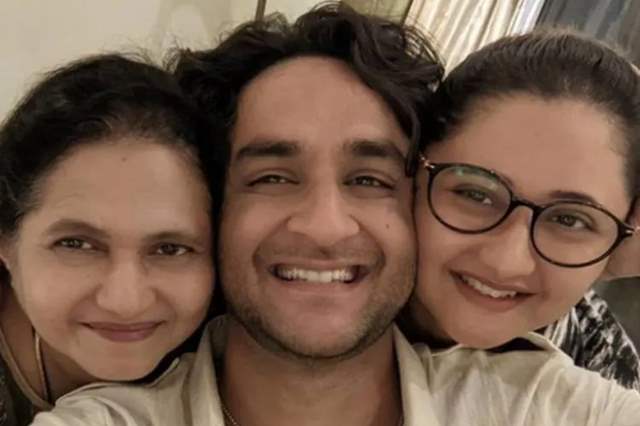 Bigg Boss 14 witnessed its latest eviction recently in the form of Vikas Gupta. What was the highlight in the case however was the fact that Gupta had a chance to use the Joker card and save himself but he chose not to. Nevertheless, there was an image surfacing online which seemed like Gupta has met good friend Rashami Desai post his eviction.

However, that wasn't the cast and it was clarified by Desai herself.

Talking to Times of India, Desai stated that these are old pictures and that she hasn’t met him after his eviction. The actor  also added that the pictures weren’t clicked in her house and that she is currently not in Mumbai. However, she said that she did talk to him over the phone. When asked about the eviction, Desai is very neutral about it. In her words, Devoleena is on fire!

When asked if Gupta wasn’t keen to win the show given that he entered as a challenger on three occasions, Rashami said that the reality show is very close to his heart. When talking about the problems that he is facing, the actress stated that it’s a phase of life. She also recalled the problems she was facing during the previous season. According to her, Vikas should be given space and allowed to find his way. Talking about their friendship, the actress said that theirs is a mature one.

BB14's Jasmin Bhasin: You need to accept your flaws because your flaws ...