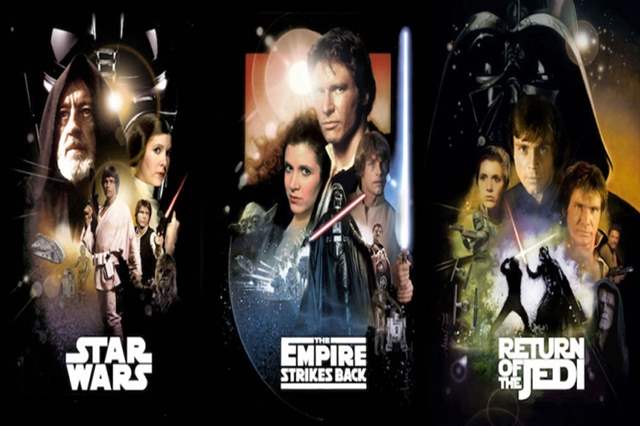 Disney+ has now officially launched and while not every show may be as appealing to you as the others, but the fans of the iconic Star Wars franchise are in for a special treat indeed. Apart from the fact that they will get to see the original Star Wars trilogy in 4K, they are being offered something special.

The streaming service will be offering special deleted scenes from 'A New Hope', 'Empire Strikes Back', and 'Return of the Jedi.' According to The Hollywood Reporter, the Disney+ versions that hit Tuesday are higher quality and come with an explanation as to why they were left out.

Two deleted scenes for 1977's A New Hope really stand out. The first is a combination of moments that would have been put at the beginning of the film, showing what Luke was doing on Tatooine while the opening space battle was going on above the planet. Viewers finally get to see Tosche Station — the place he famously wanted to go pick up some power converters — and have a better understanding of Luke's friendship with Biggs Darklighter.

The other is not a deleted scene so much as a rough cut of the Cantina segment. In that, viewers see Han Solo was actually hanging out with a lady before Luke and Obi-Wan approached. The scene is also entertaining in that no voices had been dubbed, so you can hear actors speaking English, rather than alien languages.

The scene also clearly shows that Han killed Greedo in cold blood, which was the case until the 1997 special edition rerelease. That scene was actually changed once again be George Lucas before Disney bought the property in 2012. That change had Star Wars fans buzzing over social media on Tuesday when it was discovered on Disney+.

In 1980's Empire Strikes Back, there is a romantic scene between Luke and Leia on Hoth after Luke is attacked by the Wampa and is recovering. He is about to tell Leia he has feelings for her and kiss her, though R2-D2 and C-3P0 interrupt before that can happen. At the time, it was harmless, since no one knew they were siblings, but it's a little tough to watch now. Of course, they do kiss in the actual cut of the movie, but that kiss seems more random and funny — intended to make Han jealous, while the deleted scene was meant to be emotional.

There is an interesting scene from 1983's Return of the Jedi in which Commander Jerjerrod has serious misgivings about following orders when he is told by Emperor Palpatine to blow up the Endor moon with the Death Star even though "several battalions" are still on the surface.

In another scene, Luke Skywalker builds his new lightsaber, which would have been in the film before R2-D2 and C-3PO were sent to Jabba's palace.

The nine-film Skywalker Saga concludes in December with The Rise of Skywalker.