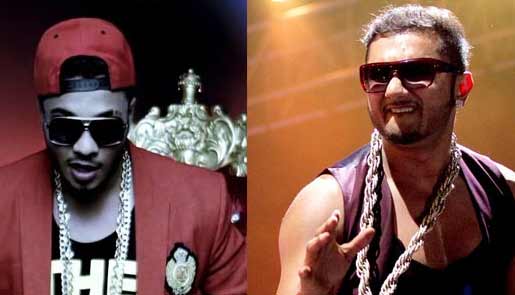 Rap songs have witnessed a great response in the country in recent times, courtesy high on-demand Indian rappers including Yo Yo Honey Singh, Badshah and Raftaar. But Raftaar says the genre is tough as it involves "storytelling".

"Rap is about storytelling. It has a more elaborate process. While writing a normal song, we just pen four lines and then we have a chorus and some lines again. But while writing rap, more words are required as we depict a story in it. It requires extra effort to write a rap," Raftaar told IANS over phone from Mumbai.

Popular from songs like "Bottle", "Mother Nature", "Swag mera desi" and "Dhup chik", Raftaar can can next be heard on the fourth season of "Coke [email protected] MTV", a platform for experimental fusion music.

He sees a bright future for rap numbers in India, and says that while the genre was first recognised in the West, Indians are taking it forward in the country in their own language.

However, of late, Indian rap songs have been criticised for their sometimes vulgar lyrics. Defending this, Raftaar said that the content is driven by listeners' demands.

Asked if using a word like 'daaru' (alcohol) in a song can have a negative influence on listeners, Raftaar said: "It can be seen in both ways, either we provoke people to consume it or we have seen people consuming alcohol on day-to-day basis.

"Earlier, I made a song titled 'Mother Nature'. It didn't do really well, but there is another song 'Bottle', which got brilliant response. So, it's selective listening -- we are not making songs just like that...it depends on what people like to hear more."

Meanwhile, Raftaar, who says he has collaborated with music maestro A.R. Rahman for a film, feels that the popularity of Indian music is growing globally, thanks to people like the Mozart of Madras.