View Profile
What's the new formula for success in Bollywood? Now, that ain't a question difficult to answer. A movie from the 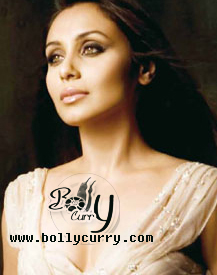 South available for a re-make, a beautiful belle from tinsel town as the leading lady, a stud from the South for her love interest, throw in some popular music and garnish it with a flavor of Bollywood. There you have it, a sizzling hit!

The next movie up the ladder ready for a Bollywood re-make is the Tamil super-hit, Ayya. And if we believe the buzz, here's a chance for the much-adored Rani Mukherjee to revive her lost glory in Bollywood. Reema Kagti's Dhuaan, opposite Mr. Perfectionist aka Aamir Khan, is the only project on her hands, currently. If all goes well, the actress will start shoot next month for the Tamil remake of Anurag Kashyap's Ayya. The movie is also the debut ticket of popular South actor, Prithviraj, into Bollywood. According to the Tamil movie track, Prithviraj will be a painter in the movie and Rani will play his love interest. The highly acclaimed Marathi director, Sachin Kundalkar, will be seen established in the Hindi cinema after this venture.


Are you ready to see the 'Princess' back in all her royal glory? We for sure are!

Priyanka Chopra praises Sonu Sood as UNDP confers him with ...
47 minutes ago