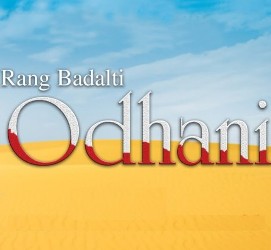 Tellybuzz earlier reported about Yash Patnaik and Swapna Waghmare's Rang Badalti Odhani on Star One turning to an episodic format as the production house was trying to experiment with the pattern to see the change in its ratings.

Apparently, the new format was unsuccessful in grabbing eye balls and the ratings remained stable throughout. Following this, with the Maha episode of the show tonight, the production house has decided to bring back the old fiction pattern for the show.

A source says, "In the maha episode drama in the show tonight, Khanak (Yashashri Masurkar) and Shaan (Karan Tacker) will decide to leave the house and till the mid next week the show will focus on the struggle of the new couple to own a new house in a busy city like Mumbai. Eventually they will get stuck between the estate agents and will also get deceived by few people in a new city."

We contacted Yash Patnaik- Producer of the show and he confirmed, "Actually it was an experiment to give the audience break from the monotonous running story and even IPL was on during the time. So to keep audience glued to the show, this kind of change was brought in. But now as IPL is over, we thought of bringing the show back to its original format."

WooHooHaha21 9 years ago RBO Rocks! And KT and Yashu makes it rock!

Prernarbofan 9 years ago loved the episodic great issues taken up

Prernarbofan 9 years ago loved episodic but this track is rocki8ng !

garfield1209 9 years ago Liking season 2...Thanks for the article TB

adeelahuju 9 years ago Rbo is d best show... And loving d new track so much full on emotions..

Hathras case: Kangana Ranaut says 'Have immense faith In UP ...
7 minutes ago