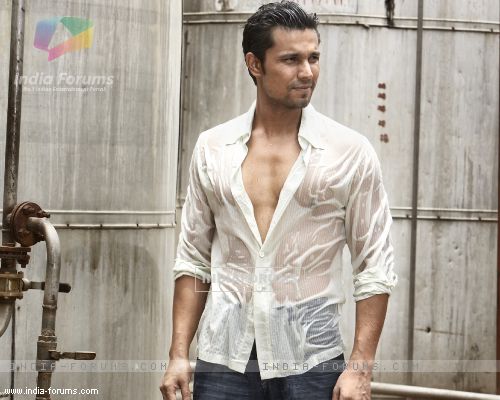 Handsome hunk Randeep Hooda is all set to woo the audience with his smashing look in his next venture Do Lafzon Ki Kahani. The jatt boy has involved himself on a rigorous training to tone the look for his character. Along with preparing himself for the role that requires him to be at his best on the fitness quotient, he has given a complete make over to his lifestyle as well. An insider reveals that the role in the film requires Randeep to be his fittest best and also have a certain kind of physicality.

Randeep who was a 'late sleeper late riser' had to change his this lifestyle pattern and accommodate it with 'early to bed and early to rise' motto to follow his mixed martial arts training. He has to follow a strict diet pattern that requires him to give his partying and drinking a backseat. He has nourished himself by putting on close to 14 kilos in the last month itself to meet the physical requirements by his character. Randeep says "I didn't mind the workout regime but sleeping and waking up early was tough. I didn't enjoy it at all."
Well, our tough boy is indeed putting himself through a lot of training for his role. It will be interesting to see how his hard work pays.