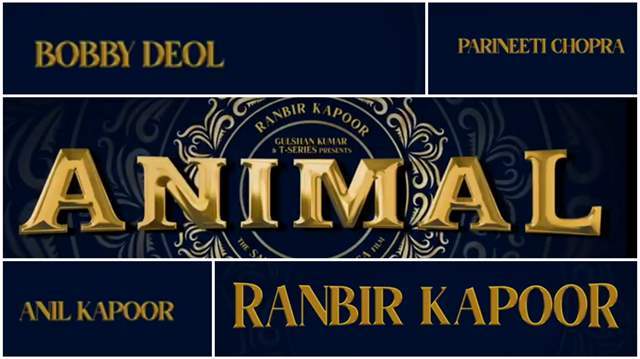 The saga of new films being planned and further being executed continues especially in context to the ongoing pandemic and now all these films are officially getting much later release dates too. While this upcoming year already has an array of mega films set to release (hopefully on the desired dates and in theaters), several other films find themselves having release dates for next year too.

After being in the development for a while, it was officially confirmed a month or so ago that Ranbir Kapoor is indeed officially collaborating with Kabir Singh director, Sandeep Reddy Vanga for upcoming multi-starrer Animal. The film, apart from Kapoor also stars Parineeti Chopra, Anil Kapoor and Bobby Deol in lead roles and the whistle tune fo the teaser and the logo of the film already created a massive rage.

And now, official confirmation is coming in that the film has found a release date for itself too. That's right. The film is all set to for a release on Dusshera 2022.