View Profile
Hook-ups and break-ups are common in Tinsel Town, especially if your name is Ranbir Kapoor. Post his break-up with long term girlfriend, Deepika Padokone, this Kapoor lad is almost seen with a different girl seen his hands every week, a feat that surely accredits him the 'Casanova' title. 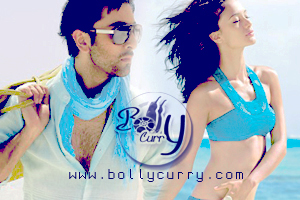 After the rumoured link-up with Rockstar co-star, Nargis Fakhri, she now seems to have been given the boot as the heartthrob of millions has been spotted being extra 'friendly' with model Angela Johnson, winner of Kingfisher Calendar Girl 2011 Hunt.
The two were recently spotted having a gala time in a nightclub. Prior to that, they rocked up at buddy Anuskha Sharma's birthday party together and have also been seen sighted at a lounge bar in Colaba.
It has been said that Angela has integrated into Ranbir's 'circle of friends' but surely she's more than just a friend? The model has even bought an apartment in Bandra in a location just a few minutes away from Ranbir's residence.
Even after Ranbir's numerous attempts at clearing the air, we can't help but have our tongues wag, not until the hotshot settles down anyway!  So here's hoping Angela's the one!
Author: Harjot D.
Editor: Jenifer.
Graphics: Shikha.
10 Likes