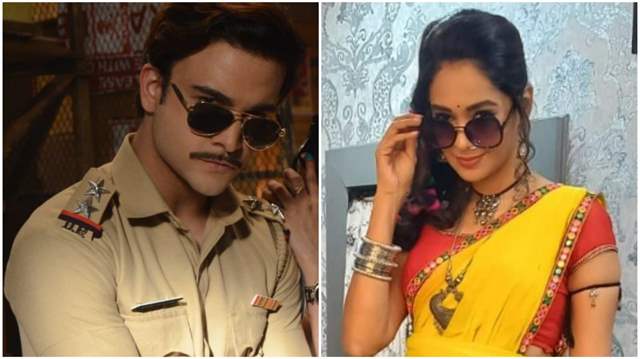 Kumkum Bhagya has been an audience favourite due to its intriguing plot and authentic portrayal of relatable characters like Ranbir (Krishna Kaul), Prachi (Mugdha Chaphekar), Rhea (Tina Philip), Shahana (Aparna Mishra) and Aaliya (Reyhna Pandit). Having kept the audience hooked with various fresh and exciting twists and turns, the show recently got its viewers to witness that Prachi is finally aware of Siddharth’s truth about her sister being kidnapped by Rhea and Aaliya and is trying to bring it to Ranbir’s notice.

In the upcoming episodes, viewers will get to witness how Aaliya’s goons are going to kidnap Rhea and ask for a large amount of ransom from Aaliya. To rescue Rhea from the same, Ranbir and Prachi will disguise themselves as famous Bollywood characters Basanti (Hema Malini) and Chulbul Pandey (Salman Khan). In the past, Mugdha has donned many disguised looks but for the first time, she will be in an iconic Basanti character look!

Mugdha mentioned, “When I first got to know we will be doing a new disguise look for the upcoming track in the show, I was really excited to see what it's going to be. Soon, I was informed that we would be doing the iconic Bollywood character Basanti look for the upcoming track and I was thrilled. I have donned many looks in disguise before, but this is the first time I will be getting into Basanti’s character look. I honestly like trying out new looks because it kind of breaks the monotony and adds fun to the shoot. The creative team and I have literally studied the iconic look of Basanti in detail, from how she tucks her dupatta to how she ties her one-sided ponytail, we have covered it all. I had super fun shooting for this sequence and would like to give all the credit to my creative team and my stylist for it.”

While we are excited to see Prachi and Ranbir in this new look, wait till you watch all the upcoming drama where Ranbir and Prachi are trying to rescue Rhea from the goons.