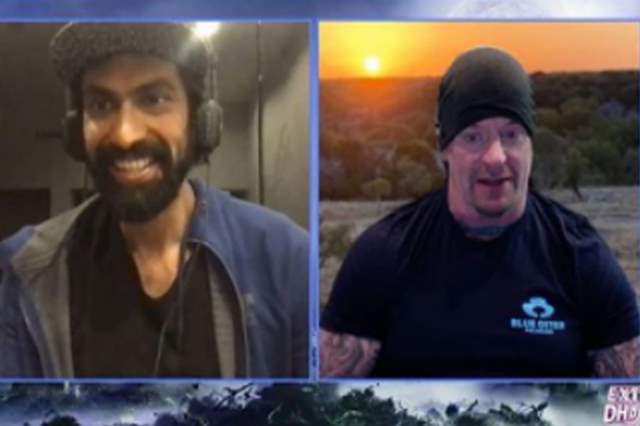 Even if you aren't a WWE fan, there is a certainty that you would know about WWE superstar The Undertaker. Literally, we have all grown up with stories on him and even though there aren't many who watch the sport, The Undertaker is a global icon.

The superstar is currently on a spree of promoting and talking with everyone in India where the fans went berserk as he chatted with Baahubali actor, Rana Daggubati.

Yes! That's right. In fact, Daggubati's wife, Miheeka Bajaj took to Instagram and shared a picture of Daggubati from his conversation with Undertaker and wrote, "My husband’s the coolest!."-

We are already interested in listening to Daggubati and Undertaker's conversation together. On the work front, Daggubati recently announced that his upcoming trilingual film, Kaadan is releasing on Makar Sankranti 2021. The film has been the talk of the town since its inception and is finally releasing in theatres next year. In Hindi, the film has been titled, Haathi Mere Saathi.