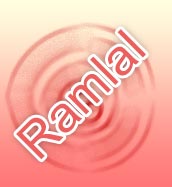 Ramlaal, DJ Creations’ show which was to be launched on 9X seems to have shifted to another channel now!!!

The buzz is that Tony and Deeya Singh are in talks with COLORS for the same.

According to our source, “There is a strong chance of Ramlaal shifting to COLORS. Negotiations are going on at the moment, regarding the time slot and launch date”.

We called the producer Tony Singh for a confirmation. However he said, “It is true that Ramlaal is shifting from 9X. Talks are on, but nothing has been finalized yet. It’s too early to talk about Ramlaal now”.

We tried calling Rajesh Kamat, CEO, COLORS, but he too was unavailable for comments.

Ramlaal is the story of a man (played by Kulbhushan Kharbanda) who migrates from Pakistan and settles in Chandni Chowk to open a sweet shop which gets very famous. The show will also see Karan Wahi, Pankaj Berry, Vaishnavi.

Well, let’s wait and watch whether COLORS bags this unique concept too!!

Bigg Boss 14: Karan Wahi all set to return to the screens as host

Karan Wahi on 'Khatron ke Khiladi- Made in India': It’s a show that ...

Saif Speaks Up on Permanently Settling Down in Pataudi Palace ...

RRR: Jr.NTR as Konaram Bheem flexes his toned body in the larger ...