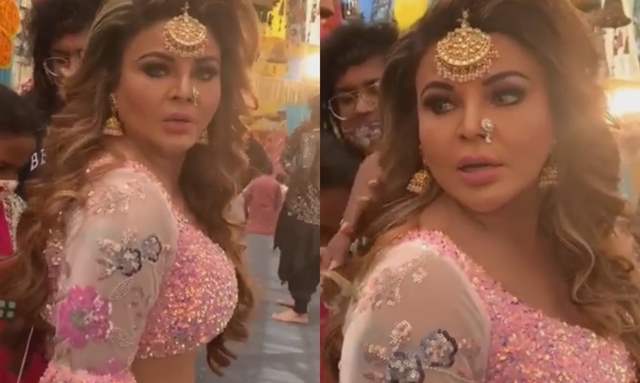 Rakhi Sawant managed to win hearts with her recent stint in Bigg Boss 14. While she made it to the top 5 of the show, she decided to exit with the bag of money. While she has been in the news from time to time, recently, a video of hers that has caught everyone's attention is where she was seen talking about the wardrobe malfunction.

Ahead of her Holi performance for Colors' upcoming episode, she seemed to have had an incident with her blouse and was rather upset about it. She was seen talking in the video how the 'dori' of her blouse broke when she barely did any dancing and said how when something goes wrong, the artists are blamed, however, this is rather tragic.

Post her exit from the show, Rakhi has been keeping busy with her ailing mother, and has been often snapped by the paps along with friends and near ones who visit her mother from time to time.