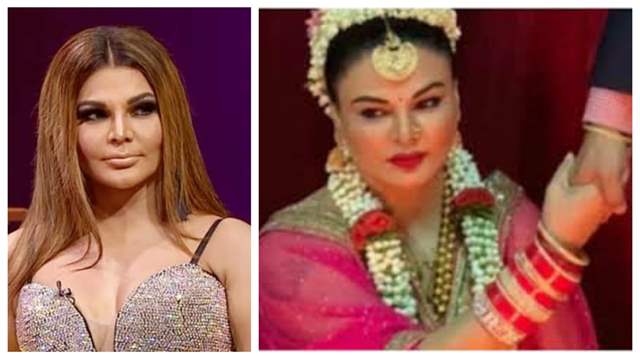 Actor Rakhi Sawant has always been the talking point - almost everytime we listen to her or read about her anywhere. The lady lived up to her tag of being controversial and entertaining in Bigg Boss 14 and continues to bask in its glory.

However, one saga that has been talked about for too long now is Sawant's curious wedding with Ritesh. Ritesh - a man that isn't to be seen as of yet but seemingly has talked on multiple occasions and was a constant reference point in the Bigg Boss house too. She even married a shocking revelation about Ritesh on the show that he's already married and has a kid.

She also added how they (her and Ritesh) have been offered a big-ticket reality show together, "We have been offered a big reality show together, but I can't disclose the name yet. Let's see the makers are talking to Ritesh, they have offered the show to him also. He is a very big businessman. If he plans to come down to India to do the show and for our marriage, he will have to leave his work for three-four months."

Finally talking about her current relationship status with him, she said, "I am still his wife, I don't know if legally I am his wife or not. But I am waiting for him to come and talk about us and our marriage. I had requested him earlier also at the time of our marriage to meet the media, but he has few issues and he told me that I am very controversial. Hence, he was hesitant. But this time he wants to do it. Things are sorted between us and he is ready to talk about his first marriage also. I am just waiting for him."