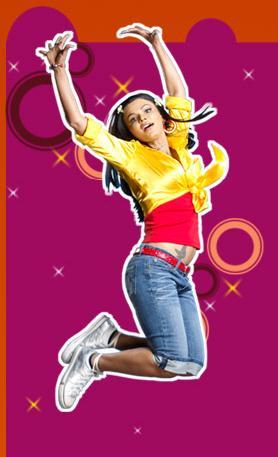 It all started three months ago and at last we have the much awaited results of Vodafone Yeh Hai Jalwa. For the first time in history, the television stars played the role of mentors in a unique dance reality show for different section of people starting from small kids till the aged ladies. But at the end only three of the groups, Hussain Kuwajerwala and Kal ke Kalakaar, Ronit Roy and Bindaas Bosses, Rakhi Sawant and Chiller Party could make it to the finals. And the one who got crowned is – Rakhi Sawant and her Chiller Party. Hussain got away with the title of the 1st runner-up while Ronit Roy ended up being the 2nd Runner Up.

The finale of “Yeh Hai Jalwa” was a grand affair. The glamorous bollywood actress Rani Mukherjee graced the occasion and spread her love and magic on the show from the beginning of the finale along with the TV stars of 9X. All the three finalists gave a brilliant performance. May it be Hussain’s Ganesh Vandana, Rakhi’s kuchupudi mixed with bollywood tadka or Ronit’s semi-classical performance, the audience were left with full entertainment. Even the other participants from the show who could not make it to the finals spread the Jalwa with their dance. It was not only the performances which stole the show, but also the fun filled awards that were given to various contestants. But at last it was all the well deserving kids and their mentor Rakhi who walked away with the winning prize of 25 lakhs.


We congratulate the whole team of Yeh Hai Jalwa for putting up such a successful show and entertaining the audience for the past fourteen weeks.

14 years ago its nice to hear rakhi won.

14 years ago rakhi is a good dancer ,congrats rakhi i am glad u won keep going

U and ur chiller party are really great!!!

14 years ago hats off to rakhi. she was undoubtedly the best and deserved to win. to emerge the winner with such tough competition from ronit roy and hussain is no joke. she has finally proven herself. all those who used to make fun of her will have to eat their words. congrats rakhi. you really rock!!

14 years ago I wanted Ronit and the BB's to win, but, I am very happy for the kids in the chillar party.

+ 2
14 years ago she showed that she is more than an item girl. i m truly happy. yipeeeeeeeeeeeee.