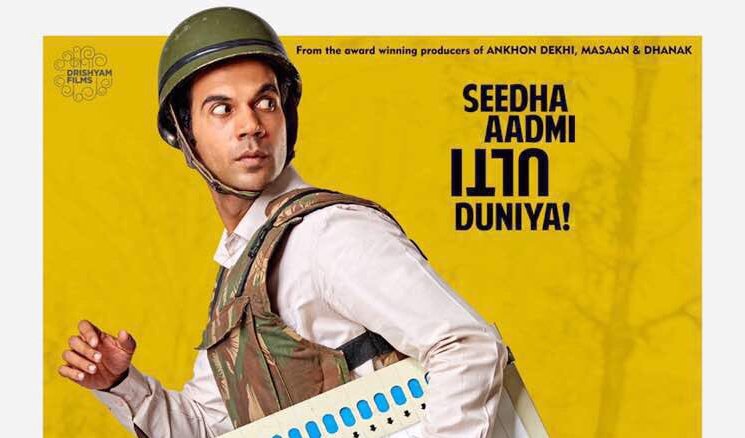 Award-winning film "Newton", starring the "unstoppable" Rajkummar Rao, is set to hit the screens on August 18.

Filmmaker Hansal Mehta tweeted on Tuesday: "And the highly acclaimed 'Newton' releases on August 18. With another stellar act by the unstoppable Rajkummar Rao."

Rajkummar Rao's tweet:
Mehta also posted the film's poster, in which Rajkummar, shielded by a helmet and a military vest, is seen running with an Electronic Voting Machine.


Mehta, who has worked with Rajkummar on films like "Shahid" and "Aligarh", clarified that he is just "an admirer and well wisher" of "Newton", directed by Amit Masurkar.

The film is produced by Manish Mundra of Drishyam Films, the company best known for backing critically-acclaimed projects such as "Masaan" and "Umrika".

"Newton" won the Art Cinema Award for the Forum section at the 67th Berlin International Film Festival, where it had its world premiere.

It revolves around a clerk placed on election duty in a conflict-ridden area of Chhattisgarh.