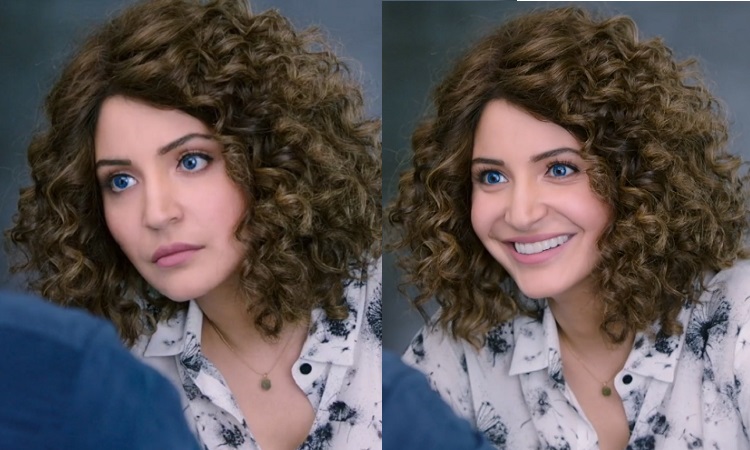 The trailer of the much-talked-about biopic on Bollywood's one of the biggest superstars Sanjay Dutt has been unveiled today. Titled 'Sanju' and starring Ranbir Kapoor as Sanjay Dutt, the trailer of this film promises an entertaining and an emotional journey.

It was yesterday when the director of the film Rajkumar Hirani had unveiled Anushka Sharma's poster and this left everyone intrigued. The audience started wondering who she is portraying in this biopic drama. Anushka Sharma is seen in an all different avatar, donning a retro look with short curly hair and the only information we had is that the actress plays a pivotal role in the film helping the story to unravel.

Rajkumar Hirani had tweeted yesterday, "And here is my dear friend Anushka. It's a special appearance...but she worked on every nuance of the role for days together. Can anyone guess who she plays?...Will reveal tomorrow at the trailer launch".

Now at the trailer launch of Sanju, Hirani finally revealed the mystery behind her character. He revealed, "Anushka Sharma is basically me and Vidhu Vinod Chopra in the movie. She plays a biographer in the movie. Sanju narrates her his story and tries to convince her to write a book on him. But the twist is that she does not want to write it! In real life, Sanju was telling me and Vidhu his story and convincing us to showcase everything in the film. But we have to make a film short and crisp, so we had to cut out few portions. We were also like biographers. So Anushka is basically me and Vidhu while making Sanju".

Anushka was missing from the launch as she is busy completing her final schedule for 'Zero' with co-star Shah Rukh Khan in the USA.

In an earlier interview to DNA, when asked Anushka about her character, she had stated, "I play a fictional character in the biopic. I play someone who actually didn't even exist in Dutt's life. That's all I can say right now".

How excited are you'll to see Anushka as Rajkumar Hirani and Abhijat Joshi? Let us know your views in the comment section below.