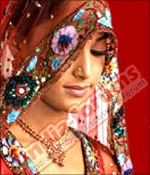 Featured Video
t’s a double whammy for Rajashree Thakur aka Saloni. Her hit Zee show ‘Saat Phere’ has completed 500 episodes and she has won the best actress award at the recently concluded Gold awards. Obviously the actress is elated.

“Yeah, naturally I am very happy. Touching 500 is an amazing feat and I am sure there will many more such occasions to celebrate in the days to come,” informs the actress who made ‘dark’ the in thing.

So what is it that makes ‘Saat Phere’ rock so and different from the run of the mill ‘saas bahu’ shows?

Retorts the confident actress, “Saat Phere is not really a ‘saas bahu’ soap. The initial concept was about colour discrimination but now it’s not just about Saloni. The show has taken up many social issues like widow remarriage successfully. This is what the USP of the show is.”

“But there is not one single reason which gets credit for the success of the show. A lot of things have contributed towards making the show a success. From the producers, the writers, the channel to the actors, the entire unit has worked hard to achieve that,” she adds.

There are people who feel that the show which started off as the struggle of a dark girl in the typical Indian setup seems to have veered away from its original concept.

Explains Rajashree,“The show was initially about Saloni’s marriage problem. Her dark skin was a big issue. But once Saloni got married to Nahar (Sharad Kelkar), that problem was solved. After overcoming that, she got concerned about things in her husband’s home as well as her maternal home. She considers their problems her own and tries to overcome them too. Actually nothing was planned as such. Everything is just kind of a natural progression.” 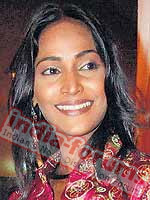 What about the far too many trials and tribulations in Saloni’s life which probably very few normal people would be able to cope up with in real life? “(Laughs) The troubles and sufferings are not actually her own. It’s just that she tries to solve the problems of people connected to her,” she gushes.

After playing Saloni for almost two years, how much does she identify with the character? “Rajashree is like Saloni in a number of ways. Saloni is dedicated to her husband and she is family oriented. I am no different,” she quips.

And the set has almost become her second home. “After spending almost two years on the sets of the show we have almost become like a family. Being the lead actor, I have to interact with all of them.  They are friends now and I get along really well with them all. If I am out for a few days or something, they miss me.”

And what does she have to say about certain things shown in the show, like Sachin Shroff's rape accused character being beaten up by a bunch of women? Should such things be applied in real life as well? “That’s a dicey question. Rape causes immense and unimaginable trauma to the victim and this seems justified in a way. But then you should not take the law in your hands. Still I feel that the punishment given by our law to rapists is not enough and they actually deserve more,” she avers.

The daily show keeps her so very busy that she hasn’t been able to do anything else, not even ads. Chances of going back to radio also appear bleak. “I am caught up for nearly 25 days in a month with ‘Saat Phere’. I don’t get time for even ads. Now I am married and I can’t really work for 30 days. So it’s basically the ‘date’ issue. I would love to do ads again. If a project as good as Saat Phere comes up, I am open to it. Radio is more like a 9 to 5 job. After getting into acting, I can’t really go back to that. But if it’s an on and off kind of a thing, why not? I love the atmosphere there”. 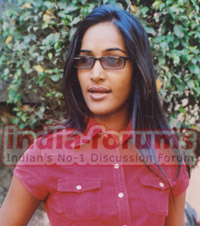 earlier this year. So has life changed post marriage for her? How is married life treating her?

“Oh it’s great. It would have been difficult for me to manage home and work without the support of my husband and my in-laws. They are great and they have been very understanding and encouraging. Even if I spend less time at home, they never complain.”

But baby plans have to wait. “No not yet. Only about six months have passed since I got married. It’s going to take some time,” she says coyly.

Any plans of working with hubby Sanjot Vaidya soon? “Actually you have to ask him that (laughs). Yeah, we have done theatre together. He is also a very good actor and quite creative. But he is busy with his business now. I am sure if something of that sort happens, its going to be sensible and worthwhile.”

Last but not the least, what is next up on the ‘Saloni’ front, something which her fans are so eager to know? “Without revealing too much of the story, I can say that now it will be more about Saloni,” she says as she signs off.

14 years ago it seems like a very diff. movie.. wondering if it will be any good?