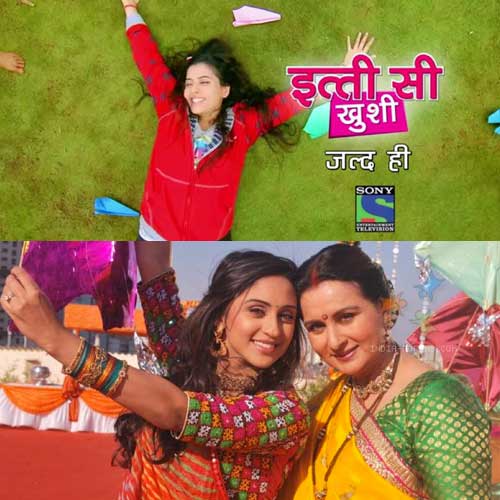 TellyBuzz had earlier reported about Sony TV's prime time show Ek Nayi Pehchaan going off air on September 25. The major reason behind the channel pulling the plug was low TRP and also the show could not strike the correct bond with the audience in spite of various twists that the makers brought in.

Our source informs us, "Rajan Shahi's next Itti Si Khushi will replace Jay and Kinnari Mehta's Ek Nayi Pehchaan. Itti Si Khushi is based on a guy who has become a practical person owing to some past and also situations that come his way. He moulds himself according to the situations and conditions that he will face in life."

When contacted Anuj Sachdeva who plays the lead in the show to know about his show getting a time slot, he says, "Very honestly, I am not sure when and what time will the show go on air but I was told regarding that it will go on air that time around. So cannot comment on that as of now."

Smriti Kalra will be seen as the female lead in the show.

Well, with this news the fans of Ek Nayi Pehchaan surely will get disheartened. But like it is always said, whatever happens happens for the good. With an end of one good thing starts another, haina?

6 years ago Smriti Kalra cant wait for your show! You Rock!

6 years ago Love u smriti kalra.
Missing u as suvreen

6 years ago Can't wait to watch it!! Love how Smriti Karla chooses a different role each time! I'm sure her chemistry with Anuj Sachdeva will be awesome!

6 years ago Again a unique character..this time a too tough one..
smriti you always look cutie type.. so no hardship in looking n acting like small kid :)

all the best smriti di.. Love you..
remember you as suvreen guggal as my favrt show still

6 years ago Itti si khushi should get 7:30 slot. It may get more trp,s

6 years ago Excited to watch the show of my only favorite actress Smiriti kalra.The promo looks interesting and Smiriti as usual cute and pretty.