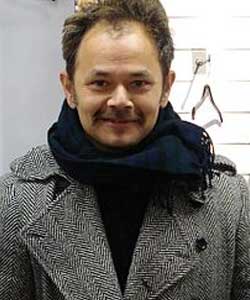 Tellybuzz exclusively reported about Saurabh Tewari's Shikhar, produced by his company Nautanki Films, which will focus on a cross-border romance.

Several big names have been approached to be a part of the show. We now hear that Raj Zutshi,a popular face of Bollywood will be playing an important role in the show According to our source, " Raj Zutshi will play the main negative lead. The show will see a light post-IPL launch."

Tellybuzz had earlier exclusively reported that talks were on with Vivian Dsena and Drashti Dhami to play the leads. Vivian's presence in the show is now confirmed, while negotiations with Drashti continue. Manish Naggdev, Bhupinder Singh, Rakhi Vijan etc. will also be a part of the show."

Watch out this space for more updates about the show.

7 years ago Drashti Dhami u r da most gorgeous girl i have ever seen!!! Love uuu :*

indiannri 8 years ago Mr. Raj is a very fine actor...our DD is lucky to work with him...but Mr. raj will say from his own mouth one day that our DD is a great actress too...nobody can deny this...come on DD...

8 years ago drashti you are very very sweet. i am missing you princess. please come soon. i love you drashti. i want you back on screen

Mohona104 8 years ago DD PRINCESS COME BACK SOON.LOVE YOU LOADS,,..MISS YOU

mohona14 8 years ago Drashti please confirm any news of your return...I know you will take the best decision...missing you so much