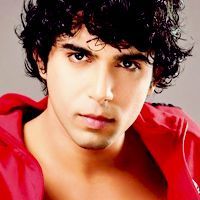 Instead of being a fan of reality shows like "Bigg Boss", actor Raj Singh Arora says that he would like to face the camera only as an actor.

"I watch 'Bigg Boss' regularly and I think as if now it's the only entertainment on TV but I would never like to see myself on camera like that. I would rather face the camera as an actor," Raj told IANS in a telephonic interview from Mumbai.

The actor said that he is not at all enamoured with the idea of being in such shows.

"I don't know why people do it, but it's their personal choice. If it fascinates them then that's great but it doesn't fascinate me at all. I just feel it's wrong to be a part of a reality show like 'Bigg Boss'," he added.

Raj will now be seen in an upcoming episode on "Yeh Hai Aashiqui".

Talking about his character he said: "My character is that of a Delhi boy. He is a engineering student who goes to Bihar for a marriage and falls in love with a local girl there and is later abducted."

The story of the episode of "Yeh Hai Aashiqui" will talk about the kidnapping and forced marriage of boys in Bihar.

skyforceguy 6 years ago and this is how i have read the title of this article: "Raj Singh Arora not OFFERED reality
shows"

Farhan Akhtar is excited to kick-off the opening match of ...
3 minutes ago

Arjun Bijlani on music video with Reem Shaikh: I feel Ishq ...
23 minutes ago

Malaika Arora shares her biggest challenges upon Testing ...
56 minutes ago