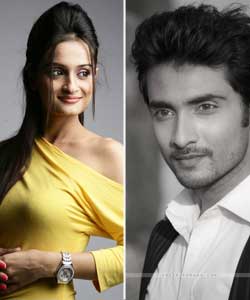 Earlier this month,Tellybuzz reported on the changes that had been brought into Imagine's Baba Aiso Varr Dhundo after the show moved to Saurabh Tiwari's, Nautanki Films Pvt Lmtd. Reports suggest that the show is all set to take a leap and casting  of the actors are in full swing.

The latest we hear is that for the male lead, the production house approached Raj Singh who was last seen in Mukti Bandhan on Colors as Siddharth Virani. Shalini Shauta who played a pivotal role in Sahara One's Ganga Kii Dheej has also been approached to play an important character.

On contacting them, both confirmed that they had been approached but talks to finalize the move were still on.