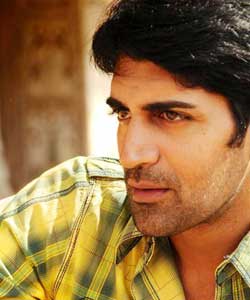 Rahul Singh, the talented actor who made his debut on the big screen with the Karisma Kapur starrer Zubeida might in all probability make his debut on television with BAG Films' upcoming show on Star Plus, tentatively titled Jalte Hai Jiske Liye.

Rahul whose intense portrayal in Zubeida won him a nomination for the National Award also happens to be a writer who has penned dialogues for movies such as Kaante, Kachi Sadak etc.

A little birdie tells us, "This lead role of a tough politician in the show was earlier offered to Darshan Dave, but things did not materialize. Rahul Singh is almost final for the role in this political thriller".

We tried contacting Rahul Singh, but he remained unavailable.

Rahul was recently seen in the movie Stanley ka Dabba.

Let's see if Rahul gets an opportunity to make it big on TV..

9 years ago Nice...I kinda found him hot in Zubeidaa lol.

11 years ago i think he did the right thing by rejecting it as some dunderhead will then say- u "forced" a child to work in your film and that was child labor!LOL! while child labor is a tragic fact of life all across the globe, we in India have some skewered ideas about it. there r many kids who would gladly work than go to school. and they get experience while at it. but oh no- america is against it (u will be amazed to what extent child labour is rampant here). so there we all spnd crores advertizing against an "evil" that is more perceived than real. i wish the government would spend the ad money on providing kids with basic facilities like toilets and healthcare.