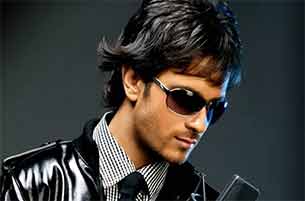 Musician Raghav Sachar says that unlike in India, in most countries music is a larger entity than film stars.

"Global music works at a very different scene. Unfortunately, we (in India) work from a very Bollywood-based scenario," Sachar, an alumnus of the music course at Monash University, Australia, told IANS.

"If you compare the scene with the West, (you will understand that) Hollywood does not even compare to independent artists. Michael Jackson for that matter has been a much bigger entity than any Hollywood star," said the 32-year-old.

Sachar debuted with his album "Raghav - For The First Time" in 2003. While he forayed into the professional world with his independent music, he also collaborated on Bollywood projects.

The singer has performed at various international platforms as well and believes there's limited scope for independent music in India.

Known for playing as many as 33 different musical instruments, Sachar enthralled the audience in Surat in Gujarat by performing at an event called Glam Garba during Navratri festivities this year.

Sushant's Family Approaches Patna Police Being Unhappy With The ...