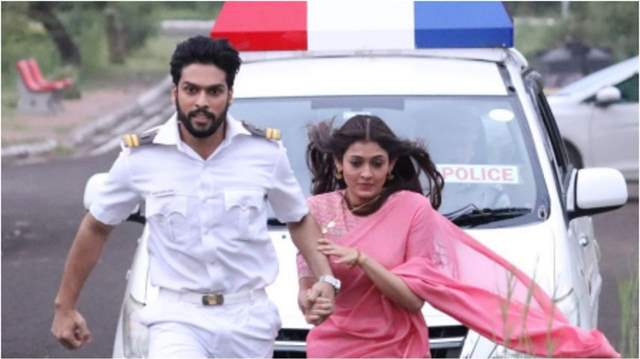 The current track of Star Plus show ‘Mehndi Hai Rachne Wali’ is getting quite intriguing with each passing episode. It revolves around Pallavi wanting to show that a decent living can be managed by legal means. Raghav is hell bent on letting Pallavi know about the value of money.

In the upcoming episode, Pallavi and Raghav will have a huge argument. Raghav tells her that he has spoken to her boss and asked him to fire Pallavi. She gets stunned. Raghav states that he couldn’t do it because of the love that he has for her. Raghav reminds of all the wrong things that Deshmukh family has done, still Pallavi loves them and has accepted them. He questions her as to why can’t he accept him and understand him. Pallavi tries to speak but Raghav tells her not to and he goes to sleep. Pallavi gets hurt.

Next morning Pallavi goes to work early in the morning. Raghav tries to stop her but in vain. Pallavi works with dedication and impresses the customer. Her boss gets happy appointing her. She meets Amruta. Amruta tells her that she is happy for her. Pallavi thinks about Raghav’s behavior last night and get upset.

Raghav gets a tender which he applies on a low price. Laxmi gets to know about the same and she tries to get more information and proofs against Raghav. Rao family gets happy on Raghav getting the tender. Pallavi congratulates him but he ignores her.

Vijay tells Sharda that he is not confident of taking up the job given by Raghav and Farhad. Sharda motivates him and tells him that he will do a good job and he must try. Vijay reaches the shop wherein he gets the job of a cashier. Farhad explains him the work. Raghav sees Vijay and feels like he can help him carry on his illegal business.

2 months ago Hope Raghav gets out from the mess