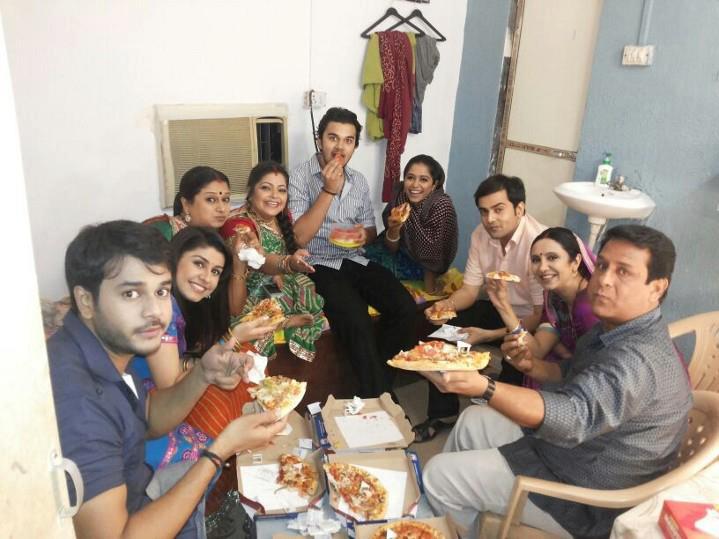 The bubbly Divya Bhhatnagar who is known for her character Ketki Vaishnav in the television show Sanskaar - Dharohar Apnon Ki on Colors shares with TellyBuzz some fun moments they have while shooting on the sets.

Divya says that people on the sets like to have fun once in a week and they all share their special dishes with each other, "We always make it a point to eat together. Once in a week we all get special dishes and share and eat. If some actor is sleeping during the break we try and wake that actor to have food with us and sit with us. We all are always together and we all are very fond of food so we do lots of parties on the set.

Adding more to it she says, "We have made a rule in our team that whoever's phone rings has to treat everyone with an ice cream and the ice cream has to only be from Naturals and that too of almond flavor.

On being quzized Divya about her rapport with the kids on the show, she says, "We are specially having a blast with the kids Devyansh Tapuriah and Spandan Chaturvedi. They are very talented kids. Watching these adorable kids on-screen my mother immediately told me that, 'Divya even you were exactly like these kids in your childhood,'" concludes Divya laughingly.

Well, we hope that this lovely bond between the entire star cast of the show Sanskaar - Dharohar Apnon Ki remains the same and you all have more beautiful memories to share with us in the future too..