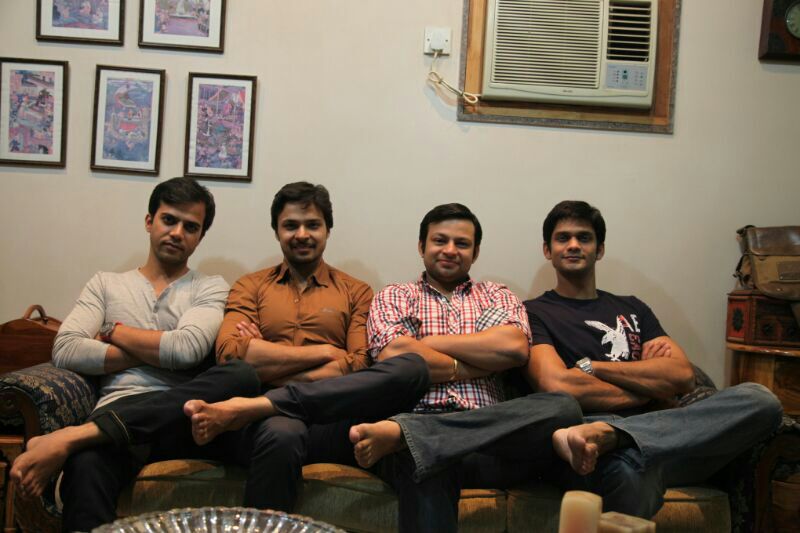 Our Telly world is full of creativity and creative people who keep on doing something creative each day to entertain the audience and sometimes they also present something informative which gives a good message to the society.

Actor Ankush Bali who was last seen as Mohan's friend Karan in Colors popular show Na Bole Tum Na Maine Kuch Kaha has produced a short movie Lunch Time along with 3 of his friends which has a good message.

TellyBuzz spoke to Ankush to know more about his movie, the making of the movie, his future plans and much more.

Talking about the idea of this movie, he told us, "We are four friends and once we all were sitting together discussing things about today's work and the pressure on us as we are growing old day by day. We had lots of ideas with us around 10-12 concepts. This concept belongs to one of my very good friend Agastya Jain. So, he shared this idea of him with us saying it's the right time to go ahead with it. The story shows the truth which is happening in today's time so this was the only thing which came to our mind and we started off with it. This was the first production for all four of us. My aunt Suman Bali has also worked in this movie by enacting the role of a lady minister and the main minister has been played by Jitender Bhardwaj who had already worked with us earlier. He didn't take any money from us. We started off with it, booked the location and begin our shoot and it has come out really good. With no promotion except mouth publicity, we have got good number of views. We always used to think that we should do something fruitful which would be awakening. We thought that this concept is good and is apt as it's the time for the election."

He further added, "We think that we can do much better than this. Thanks to the unit who have been so co-operative with us that they shot with us in low budget. We are pretty happy about it that they supported us well. We all are feeling proud that we did something fruitful for the society. We want to make it little crisper and add the subtitles. First thing is always a learning experience for us and we have to learn throughout our life. So, whatever mistake we have done while making the film, we will work on that ahead. We will focus on good content."

Ankush also shared his future plans with us.He told us, "We have future plans with this. We have started our production house as Face Card Films and have started our YouTube Channel too. We will try our best to make movie with a good message which can bring a good change in the society. We have also plans to bring sitcom series to bring awareness for the kids, parents and every general people. We are working on it and hope we will crack the right thing. I hope that we will make up movies for longer duration which would be fruitful for our society and we are open to take other people concepts too to produce them."

Nice work Ankush! All the best for your future endeavors!

Check out the short film at: &hd=1