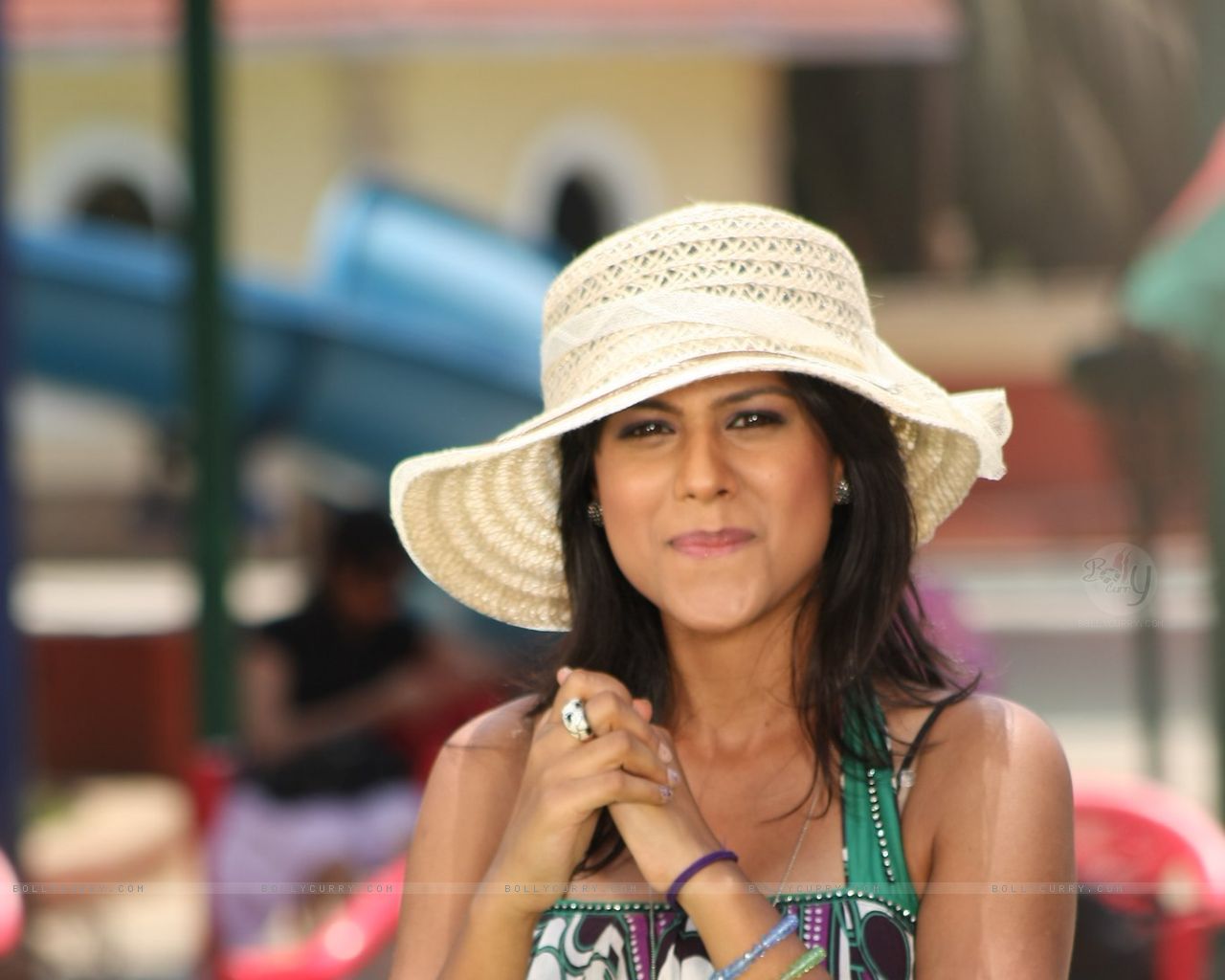 Pretty and bubbly Nia Sharma aka Manvi from Star Plus show, Ek Hazaaron Mein Meri Behna Hai recently hosted the finale season of MTV Webbed. The actress was on cloud nine to host the show as it was a nice experience and quite different from acting.

Nia talks about the decision of hosting a show, offers she has been receiving, New year Plans in a brief conversation with TellyBuzz.
Nia was happy to grab the opportunity as a host for the show Webbed as she says, "Before this show, I was offered one more show as a host but couldn't take it due to some prior commitments. I do regret not taking it but what is gone is gone. For Webbed, I was approached for finale episode and I grabbed the opportunity."
The actress was receiving lot many offers post her show Ek Hazaaron Mein... but she is eager to do similar kind of a role, "Yes, I did receive a lot of offers from almost all the current shows that are going on but now I've started prioritizing my work. After Ek Hazaaron, I want to take up a role similar to that level," replies Nia.
On being asked Nia as to which role she would like to play in future, she says, "Today the producers and TV channels have gone a step ahead of saas bahu soaps. I've been getting the role of my age which is 23. Also I'm giving a chance to play different challenging characters like that of Bihari and Punjabi girl. Though playing a Bihari character is out of my league, I can opt for the Punjabi role."
Nia had many offers in her kitty but somehow because of the issues she had to decline few offers, "There are lots of issues like money and others. Chalo I leave the money part aside but the role was inappropriate for me. I got offers of two shows, I wouldn't name it but I think I was not destined to do it."
Lastly we quizzed Nia about her New Year plans, she says laughingly, "For now there is nothing. I just wish and hope that I get a good show. I think that it would be my best New Year gift."
We wish Nia all the very best for the same.
0 Likes

vidyasagar2005 6 years ago i love u nia sharma
hey nia sharma
u r the cutest of all actresses in this world...
love u loads my doll
keep smiling

GOOGLU 6 years ago LOVE YOU DOLL...
WAITING FOR YOU COMEBACK WD BANG...
MISS YOU NIA PRINCESS...

Winterbear 6 years ago love u Nia Sharma!!
come back soon

NIVILOV 6 years ago i lov u nia hope we get more n more show of ur missing u sooo much dear plzz come back shoon :)

athniamanvi 6 years ago love u loads nia sharma u just rock my doll
u r the best in this enitre universe...
pls come back on tv