In an exclusive chat with Telly Buzz, Aamir spoke about his experience in the show and took us thro' his journey in the industry. 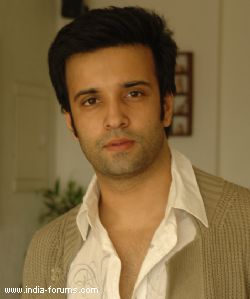 How has the journey been for you in the industry?
The journey has been lovely, where I have achieved things on my own and received great appreciation. But, obviously, there is more to do. Frankly speaking, I never expected to become an actor as I just wanted to be loved by all and make money. If people do not like you in this industry, money also cannot help you here. But I guess I am one of those blessed ones who got a great opportunity to be in the industry.

How did F.I.R happen to you?
The production house just called me and when they narrated the whole story I wasn't really sure whether I should be taking it up or not. But then I wanted to do comedy as well. I think a lot before I take up something and once I am confident about it, there is no looking back.

How has the experience been working for a show like FIR and with a character like Chandramukhi Chautala and Kavita Kaushik?
She is a very good actor and a great person too. I love working with the whole crew and I love our director.

This is your first time with SAB TV, how is it working with them?
SAB TV is a great channel and they deliver what they say. They had promoted the show very well and I am really happy to be associated with the channel.

Any memorable fan acquaintance after taking up F.I.R?
FIR is a really famous show on SAB TV. Recently while I was flying, a crew guy came to me and told that a kid wants to meet me. The boy just came and said, "Hamara naam inspector Bajrang Pandey hain aur hum sif khele khate hain" and smiled and kissed me and ran off.

In the recent past you have not been committed to any daily soap. Is it intentionally?
Its been nearly a year now that I am away from daily soaps; actually got engaged with Zara Nach Ke Dikha. Also in television the money also matters.

What was the most struggling part of your life?
I guess I really worked hard when I began my career as a model because I was working for an Airlines Company that time and I had to fly a lot and then give auditions several times. Those were really hectic days.

What are the lessons that you learnt from the industry?
I have learnt that patience is one of the most important things that matters and one should not take up a show for the heck of it. For example there are people who take up two to three shows at a go. I think a lot before I commit myself to any offers. That's why normally I do not do cameos.

You made your acting debut through a film which did not work well. Do you think that television is where you belong?
I believe in the quality of work and if I get good offers like I hate Love Storys, I would definitely do.

Were you ever questioned on your acting skills?
No never and no one has really come up to me and said anything about my acting skills.

You are mostly seen in dance reality shows. Do you prefer to keep it that way?
I have done only two reality shows and luckily both have worked well. I do not like to do any such reality shows that would detain my self-respect.

Can you tell us something about Sanjeeda and how you guys met?
We met at one of our friend's party and we became friends and that friendship developed into an inseparable relation.

When are you planning to tie knot?
I really do not know.

What are the other shows you have been approached for?
There are shows in the pipeline, but right now I am just concentrating on FIR.

How did acting happen to you?
Acting happened by chance to me. I started modeling just to earn some money, but then later on I started to get the feel of it and later on fell in love with it. Same happened with acting as well.

What would you like to tell your fans and viewers?
I would like to thank you for all the love and I will try my best to entertain you people by taking up different kind of roles like how I have taken up this time.

-GredForge- 9 years ago thhx for the article!!! money ...money is a lot important for him!!!

kashgurti 9 years ago @rpuran agree with you want to see him in a daily soap.he was so good in bhaskar bharti all the best to him for his future

rpuran 9 years ago Aamir definitely rocks.. He was awesome in Zara Nachke Dikha.. Wish he was in a daily soap.. I dont like comedy much :(

niks_pri 9 years ago Thanks Tb for the article. it was nice reading.good answers.he is doing amazing job in fir.keep it up aamir.love you very much

sali195 9 years ago I absolutely love aamir ali and especially his acting in KDMH and i wish him all the best for his future!!!!!!!!

Suneel_kumar 9 years ago Also in television the money also matters.