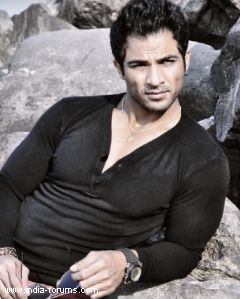 Three months back there was a rumor of Star Plus's top show, Saath Nibhana Saathiya going off air in December. Mohammad Nazim aka Ahem, clears the air about the show not going off air and also talks about completion of 1000 episodes.

When asked Nazim about the show going off air or not, he clarifies, "I don't know how these rumours spread. It's not true and Saathiya is not going off air as it's the second highest rated show of Star Plus. When the storyline of the show is going strong, how is it possible that the show will bid adieu? These are all false rumors and the show is still topping the charts."

The actor is quite elated as the show is about to complete 1000 episodes, "In January next year by 31st, our show will complete 1000 episode and we all are really looking forward to that. Currently, the story focuses on Gopi's sister Radha and will play on that for few days. There is lot more interesting twist to come," says Nazim.

Like other shows we wonder if this show will also head for a leap or not? When asked about the same to Nazim he says, "As far as I know there is no leap coming. Also by February our contracts will be renewed so let's see what happens. Though I would like to continue working in the show Saathiya in future as well."

So here's one more show to join the league of 1000 episodes.

We wish the show Saath Nibhana Saathiya and Mohammad Nazim all the very best for their future endeavors!

pagia 6 years ago Let this serial end or bring gia back. We still want gia on SNS.if same storyline continues with gia SNS tops the trp chart as the gia fans. Will b happy.

DEEPZzzz 6 years ago Thanks for the article... Whether it ends today or tommorrow SNS has created history

Simz786 6 years ago excited to see completion, much better then yrkkh. Such a nice fresh storyline :)