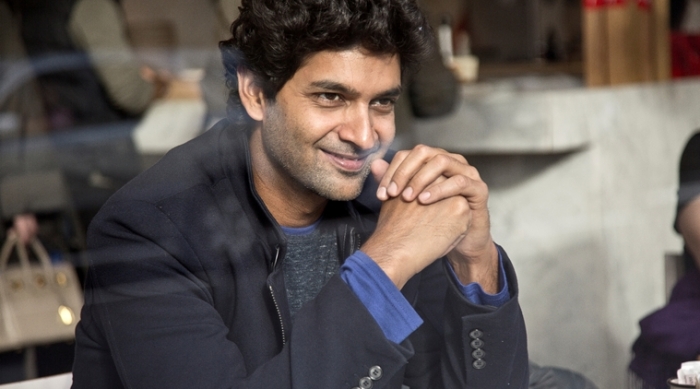 "Rock On Makes You Want To Pick Up Something You Left One Day" ~ Purab Kohli
Tell us about your role in Rock On?
Well the film is about a "Rock Band". There are four "P's" in the band, Farhan the lead singer, Arjun the lead is guitarist, Luke on keyboard and base, and myself Purab Kohli on drum. My character name is Kedar Zaveri but, he likes being called as "KD"- killer drummer, primarily because he feels he is the best drummer around, have bit of an attitude about his drum skills. He is just happy go lucky types, a very lovable guy whom if you look at, you'll know he has no problem at all. He loves being a part of band and stage performance .He loves everything that holds with being a "Rock Star". He is completely into it, one can see it in the look also that he is so much involved with being a part of the Rock band.
How did you land up this role in Rock On?
Well I met abhishek when he was casting for the film, someone had suggested me to make him call and he was keen to meet and then I met him for the few auditions and by the time I was casted for the film.
How was it working with Farhan Akhtar and Prachi Desai?
Farhan: Farhan bit unnerving in the beginning primarily, because he is reputed director himself and every actor someday wants to work with Farhan Akhtar as an actor, so you get unnerved by that but in a day or two you realize that he is also nervous because for his first film as an actor, so he is also shaky so you realize he is human too..
Prachi: I never had too much to do with but her first film and I must say she is bang on, tv and cinema are two different mediums, just size of screen makes so much of a difference in type of acting because to reach on to an audience on a small screen you have to be a little bigger in your performance than when you are on cinema because on cinema the canvas is so big that you don't need to be that big. And I think Prachi understood that shift from one place to another and she handled it pretty well. And she is a really cute girl, beautiful to watch her and it was good to work with her too.
What is the first thing that comes to your mind when you watch yourself on the screen?
Shit I could have done that better. I think any person, who is working in a creative job and say oh I m satisfied, then it's the end of your career.. So there is always a scope for improvement
What can the audience expect from the film?
Oh A lot. I saw the film last week for the first time myself, after 4 months being completely cut off from the film. We had finished shooting in April this year and 3-4 months later sitting down in a theater and watch the film and I was like Wow!! Fully blown away.
Audience can go and guarantee to watch a lovely film that involves great music and some really fine performance from everybody involved in the film and also lot of emotions run through you, especially in a country like India where beyond cricket, I means it's very tough to pursue any other sport or music for e.g. beyond bollywood, to go down with music is also very difficult, to go with alternate journal rock being one of journal that is being suppressed in India from a very long time.. I think it's very inspirational to see a movie like "Rock On" and to be inspired to pick up an instrument you left long time ago.
Tell us about your future roles...
I just finished a film with Rajat Kapoor called "Triangular Lovestory" and have also finished the photo shoot.. so that's the next one after Rock On that people should look out for..
Sign off note and message for your fan?
Live Your Dream, Rock On!
Reporter: Sony Kanodia
Courtesy: Bolly Curry
Featured Video