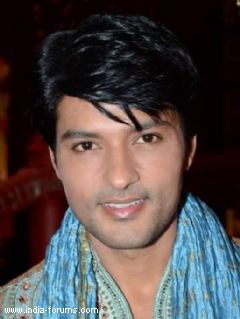 Popular actor Anas Rashid, who portrays the ideal husband in Shashi Sumeet Mittal's popular show Diya Aur Baati Hum on Star Plus has won audiences' heart by essaying the character of Suraj. TellyBuzz spoke to Anas to know more about his character, his life as an actor and much more.

When we asked Anas about the changes he is observing in his life after portraying Suraj, he told us, "While portraying the character of Suraj, I have realized that honesty, modesty, still exist whereas people used to think that a character like Suraj is hard to find in today's time. My life has changed after portraying Suraj as I have acquired few traits of him in my real life too."

We see Anas as Suraj always there for his wife Sandhya, will Anas also support his woman in real life? Anas says, "Yes, of course! A woman is incomplete without a man and if I am a man then I will always stand by my lady."

Anas has achieved a lot as an actor. We wonder if he feels anything missing in his life, and when we asked the actor about it, he said, "I have got everything. I have a wonderful and supportive family, my Ammi, Abbu, my brothers and my sisters. What else would anyone ask for? I have always followed my father and that's why I have my father's name as my surname. I am blessed to have whatever I have today. I would like to give credit for my success to my friends and family. My family has supported me emotionally while my friends have supported me financially." 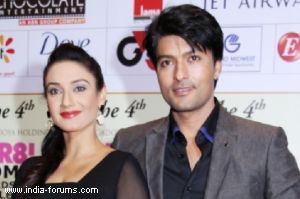 Anas shares a very good bonding with his friend Rati Pandey who does not need any introduction. Both of them have been questioned by the media a lot about their relationship but both of them have always said that they are just good friends. Now, as per a latest news report Anas introduced Rati as his girlfriend in an award function held in Dubai around Valentine's Day but rubbishing it as a rumor, Anas told us, "I did attend an award function with her in Dubai but I haven't introduced her as my girlfriend. It's not a new topic and she has been there with me everywhere. People who are new, need to be introduced. If I would get into films then my name would be written as 'introducing Anas Rashid' but this won't happen in the case of Shah Rukh Khan as he doesn't need anybody's introduction. The same way Rati is also an actor and she had her friends there whom she met and people knew her and were greeting her so why will I introduce her? Rati has been on top rank in India Forums despite the fact that she is not working she is still in top 10. So, why does she need any introduction?"

We have also heard that Anas and Rati are planning to get married this year. When asked Anas about it, he went on to say, "Marriage is totally a family matter. I like all the girls so iss cheez ke liye main abhi bachcha hun (laughs). I have left everything upon my Ammi and Abbu, and whoever they will choose for me I'll marry that girl. So, there is nothing like that."

So we leave it for the couple to confirm the news as and when it happens!

Madhavi1952 6 years ago I just love the Chemistry you both portray, like real life couples. Wish you both all the happiness.

riose 6 years ago Rati Pandey u are totally the best.. may Lord Shiva bless you..

lovelydayz 6 years ago 100% correct our Rati Pandey princess defiantly don't need any introduction because she rules the tellywood!! love you Rati!!

lisano1 6 years ago Rati Pandey miss you , telly is like a desert without you come back soon

joyce90 6 years ago wish you a good day Rati Pandey i am always there for you sweetie..