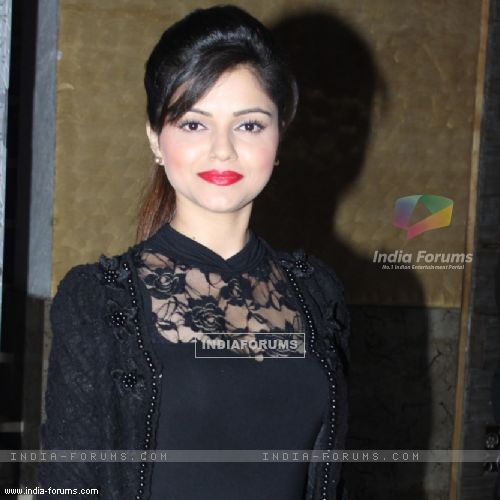 Some stunning and beautiful actors are a part  of the Telly Calendar shoot this year and one such bubbly and gorgeous actress Rubina Dilaik who was last seen in SAB TV's Jeannie Aur Juju  is also a part of the calendar shoot.

We got in touch with her and she talks about her fashion sense, future endeavors and more...

How is Rubina's fashion sense? She says, "I strongly believe that you create the trend, you don't need to follow it. One should always create their own trend."

So is there any fashion tip she would like to give it her fans? "I have always supported the fact that in whatever attire you are comfortable in you should carry that, " says Rubina.

So what are Rubina Dilaik's future plans, "I am on a break these days, I have been approached for some shows . If something very interesting which I have never done earlier comes my way I will definitely do it."

5 years ago very original, creative and unique individual. That's why we love you Ruby.

6 years ago Love you so much Rubina di, proud to be your fan...

6 years ago Agree with you Rubina , you are the person who can carry any outfit with grace whether western or traditional . Proud to know you .You stand out in the crowd All the best .

+ 2
6 years ago Rubina Dilaik,
you have powerful energy & zest,
you are my Hero,
may God presence be with you every moment,

6 years ago Rubina Dilaik you are unique and fabulous. Keep your chin up always.

6 years ago Rubina Dilaik,
Your smile is your trend,
& you carry it perfectly so well,
Love you more for that,

6 years ago Rubina Dilaik you can carry both indian and western...

flowerlilly 6 years ago Rubina your the most beautiful and versatile actress on TV.