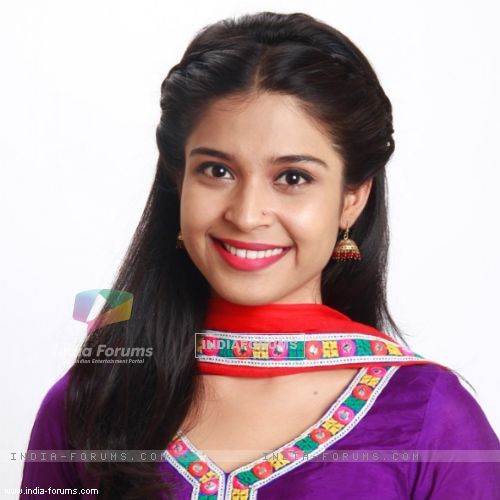 Neha Pednekar, is currently seen essaying the role of Alka in Shakuntalam Telefilms' newly launched show Shastri Sisters on Colors. She started her acting career through commercials and Shastri Sisters is her first daily soap.

Talking about herself and her character, Neha says, "I am an independent girl. I love freedom and like to take decisions on my own. I think a lot while taking decisions but I don't like any interruptions by anyone. However, I am open to suggestions. I try to balance out things. Alka is very simple, romantic, naive and a filmy person. She is a very homely kind of a girl who strongly believes in love. She believes in fairy tale kind of love. She wants her dream boy to be like a hero of any film. She has a little bit of inferiority complex of not being well versed with English. She is always in her dreamland thinking about her boyfriend."

We wondered whether in anyways Neha is similar to Alka, to which Neha told us, "I am not at all related to Alka. I am simple in a lot of ways but Alka's simplicity is quite different from Neha. Alka's simplicity is because she belongs to a small town and she doesn't know much things but my simplicity differs from her in terms of cloths, way of talking, and knowledge. In real, I cannot fall in love with someone whom I don't know but Alka is in love in Ranbir Kapoor. I can like somebody's acting but I cannot fall in love with somebody like Alka is in love Ranbir Kapoor. I have done research on my character and I discuss about it with my director too. I inculcate things told by him and I think it's coming out nicely."

"People, who have seen me in real, are not recognizing me on-screen. I am very different from Alka. It's too much fun playing Alka as she is completely opposite of me. I am very casual but Alka is not like that. She is in love but she is hesitant to tell it to the person. She thinks too much whereas if I will have someone whom I like in real then I will tell that person directly. Alka will never do anything like this. So, I am enjoying playing the character and it's always fun to do something which you have never done before," adds Neha.

Neha shares the same kind of bond the other sisters, which she shares with them off-screen. She says, "I am the eldest of all off-screen too and I keep giving advice to Sonal (Sonal Vengurlekar) and Pragati (Pragati Chourasiya) whenever they need. All four of us have lots of fun. We play music in our make-up rooms and dance. It's great fun to see Sonal's dance (smiles)."

We quizzed Neha about the response she is getting from people for her character. She shares, "I am extremely excited about the show and I know that everybody is going to love the show because it's a positive show. The show isn't boring because there is too much of fun element in the bonding of the four sisters. I am getting a positive response for my work too and people are telling me that it doesn't look like my first show. It's a very positive thing for me."