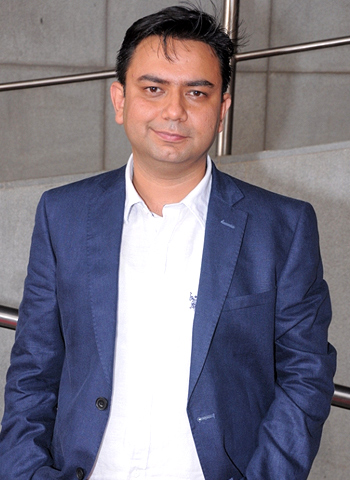 Even as their new show Rangrasiya is making waves, two shows from Nautanki Films are under the scanner. While it is no news that Do Dil Ek Jaan on Life OK will go off air soon, recently there also have been rumors of Madhubala - Ek Ishq Ek Junoon going off air due to its dismal ratings. Loyal fans of the show have been accusing the production house of playing favorites and giving more time to their new show Rangrasiya.

However, according to our source it is more to do with the execution which is becoming difficult due to the lead actors, "The show is getting affected due to the lead actors being more interested in going out on vacation rather than on concentrating on their shoot. Drashti Dhami was on leave in December end for 5 days and then both Drashti and Vivian Dsena (separately) were not available for 3 days. Even this month, Vivian is out from 6th till 13th Jan while Drashti has asked for leave from 9th to 12th Jan. The actors seem to have priorities other than the show which is affecting the show since the production team has to finish work 10 days in advance on a priority basis."

While both the main leads were unavailable for comment, producer Saurabh Tewari refused to talk about the actors and said, "All I can say is that Madhubala - Ek Ishq Ek Junoon is not going off air as of now."

Talking about Do Dil Ek Jaan, producer Saurabh Tewari claims that even the production house who had to face the ire of the actors (the ones who were replaced and the new ones) was in the dark about the channel's sudden decision to take the show off air, "I feel the reaction from the actors is justified since the new ones were around for very little time and even before they settled it was decided that the show will go off air. Even we felt it was weird since it was earlier decided that the show will take a leap and then after giving it time for two months we will take a call but just one week before the leap the channel took a decision to change the set of actors which too we did."

However, Saurabh who has been on the other side too when he was in charge of programming for Imagine TV, thinks that it is not even the channel's fault, "It is easy to point fingers when we are emotional about our show but ultimately the channel will decide what is best and technically the channel has every right and reason to do it if they have a better option in front of them."

vidiot 6 years ago Saurabh Tiwari has spoilt the whole story plot of Madhubala, there was such a beautiful love story between the two and now u have ruined the whole plot...what a shame!

madhubala is the best serial

poiu123 6 years ago For Colors to compete with and beat Star Plus , they need to be more more aggressive and axe low TRP shows fast.
Shows below TRP 2.0 shuld be axed.

MAANSI.2011 6 years ago Good night Drashti Dhami.Drashti Dhami ,you are thebest,love you a lot.
God bless you.Love you always

taranagurti 6 years ago GEET DRASHTI DHAMI you are the BEST..
Watching Madhubala only for you...
Love you my MISHTI DRASHTI DHAMI...