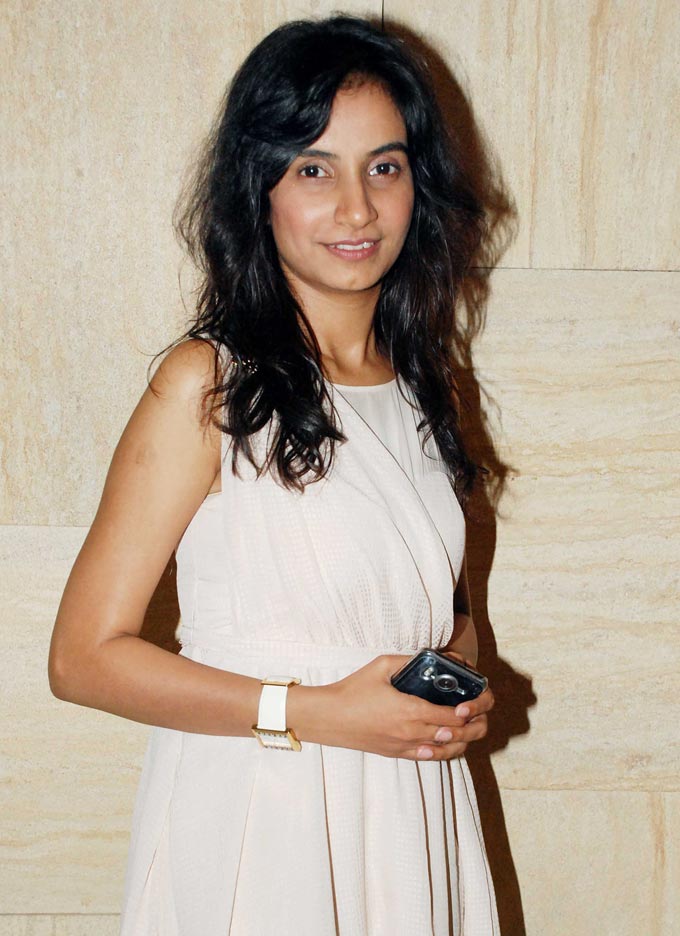 Bhairavi Raichura who has been the favorite of the masses through the kind of performances she has given as an actor is all set, excited and nervous - all at the same time, to launch her second venture Laut Aao Trisha airing on Life OK as a producer after Colors' Chhal-Sheh Aur Maat.

Read on to know about what this actor turned producer has to say about her journey as a producer for Laut Aao Trisha.

Till now we have always seen you on screen as an actor and now you are producing a big budget show. How is your journey from an actor to a producer?

As a producer this is my second show. Yes, it is a big show because the star cast is fantastic and just amazing. Honestly, I am excited and a little nervous too. It is a big responsibility as a new producer to be given such a huge show. We are doing our best and just hoping that our audiences love it and the show does great.

Life OK is doing extremely well on the TRP charts. So do you feel a certain kind of pressure to live up to the standard of the channel?

As makers, irrespective of the fact that it is the sister concern of Star Plus or the standard set by the channel Life OK, we as producers will always make sure that we maintain that standard set by the channel. Life OK is supporting us completely by helping us maintain the standard of the show. That is the reason they have got such a big ensemble. Besides this if you see the look of the show, it is different and fresh. Thanks to the channel that they have supported us so much.

What do you have to say about this good looking ensemble? How was your experience working with the cast?

Each actor in the show is actually so involved which is great. All of them are actually so excited about the show, which feels very great as a producer. We as producers feel good that our actors are so much into the show. Nandita Mehra and I feel extremely good that all these actors are taking pains and doing their job sincerely.

Earlier there was a show on Colors called 24 tele-series which too was based on a young girl going missing. What are the similarities and differences when considered Laut Aao Trisha and 24 tele-series?

There is no similarity between 24 tele-series and Laut Aao Trisha. 24 tele-series was totally based on crime series where an ATU Chief's daughter gets kidnapped. Whereas in Laut Aao Trisha, because of the daughter going missing, it is the story of three siblings portrayed by Jai Kalra, Rajeshwari Sachdev and Jiten Lalwani. It is a picture perfect happy beautiful family and after the girl going missing, how all the hidden and real faces come in front of everyone. There is no kind negativity, black character in the show. It is like something maybe right for you may not be right for me. There is a difference in the opinion. It's because of this opinion difference that characters tend to get into the grey shade which is more realistic. Everyone loves Trisha but everyone becomes the suspect. They start thinking I toh love Trisha, why would I do something like this?' The show is about unfolding the relationships unlike 24 which was a crime series.

What are your expectations from the audiences?

Life OK as a channel and we as producers has tried to make and come up with a really different show. Keeping the thrill, the emotional quotient in mind and the family quotient in mind, we have tried making something extremely different. Yes, it is a bold show but we have not crossed our limits. Please watch Laut Aao Trisha and make it a successful show so that we can come up with different shows and offer you'll different shows because audiences every time keep complaining 'Are yaar every time yahi chalta hai'. With Laut Aao Trisha, we have tried to experiment with the genre as well as the concept.

Well Bhairavi, Laut Aao Trisha looks quite promising and it will surely have a successful journey. Wishes from the TellyBuzz team!

Shivaanya 6 years ago I loved Chhal as a thriller and now loving LAT.All the best Bhairavi.May u get all success as a producer this time.

Minionite 6 years ago The show is going really well so far...I look forward to the coming episodes and I hope it keeps up like this!

-Meethi- 6 years ago Really liking this show so far. Hope they continue to keep the story tight and interesting

randayn 6 years ago It is a good show. Whatever I have seen of it is very interesting. Acting of all is great so far. Wish the show all the best. So that in future v don't have to see saas Bahu sagas.

i5hy 6 years ago So far the show has been fantastic... A must watch!

Angelicprinces 6 years ago I remember watching her in Hum Paanch.How time flies!

leavesandwaves 6 years ago This show is simply fantastic. Like anil kapoor's 24 hours. A thrill ride.

.FemmeFatale. 6 years ago Whenever I see her,I rememba Hum Paanch.That was a classic!