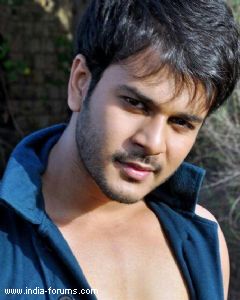 Jay Soni who is currently seen in Colors show,Sanskaar - Dharohar Apnon Ki is all set to tie the knot in the month of February this year to his fiancee Pooja Shah. Though, the actor is very busy with his shooting schedule but he is eagerly waiting for the D-Day.

The cute looking actor is not anxious at all despite the fact the Jay will be tying the knot in the coming month, "Yes I'm getting married in February but to be frank enough I've not got that jitters. It could be because I had been busy with my shooting schedule. I think I would be excited only after my wedding (laughs). Right now I am very much looking forward for our marriage," he states.

When asked about the dates, the actor refused to divulge anything about it and says, "Sorry I can't reveal the dates but can say that it's in mid Feb. I'm little superstitious about all this things."

Being busy with the hectic schedules for the show Jay doesn't get time to do the necessary preparation for his wedding but he is thankful to his fiance who looks after the preparations and makes things easy for him. "I don't have time to do preparation for the wedding. I am very lucky in that matter as it's my fiance who is taking care of it. She owns a luxurious shoe showroom and being a business woman, she is very particular about everything. She gets me lots of option and then we choose from them," he says.

He completely denies the news that the show Sanskaar - Dharohar Apnon Ki is going off air due to low TRPs, "Well even I have heard the same but nothing from the production house or the channel. About TRPs I really can't say anything as I go on the sets, do my work and return for home. At the end, it's all creative decision," says Jay.

When we asked Jay about his career plans he says, "I would love to go back to the hosting. I'm getting offers for hosting a dance reality show and an award series also but currently due to my commitment for my daily soap, I cannot do it."

Well Jay, keep up the god work and wish you all the very best for your wedding!

Rope_of_Hope 6 years ago congrats jai..wish u a happy maried life

PreetyLoveJS 6 years ago U are awesome Jay ! God bless u &lt;3.

Parm. 6 years ago Congrats Jay on your upcoming wedding with Pooja! Wishing you the best in your married life!

Your doing an awesome job in Sanskaar Season 2 and I truly hope that the show coming to an end is just a rumour!

Avika.Gor 6 years ago Jay Soni you rock in SDAK. I wish to you all the best.

TonsOfWishes 6 years ago Congrats to Jay and Pooja!

LovelySoni. 6 years ago All d Very Best Jay n Pooja .. May happiness find U both in every corner of d globe as U guys begin Ur new life together :D
God Bless U both.. Stay happy !
And yes Jay We al would Luv 2 C U as a Host again.. U r such a Fab host !!

PreetyLoveJS 6 years ago Oh no Jay plz take up hosting ! U are a fabulous host n we miss ur hosting !
And al d very best for ur new life :D

'Billions' Renewed For Season 6
5 hours ago