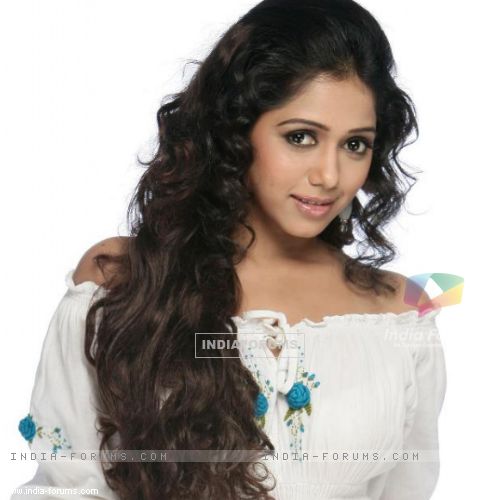 Talented Yashashri Masurkar who is a well known face in the Marathi industry, was last seen on screen in Zee TV's Do Dil Bandhe Ek Dori Se. After her negative stint was applauded by the viewers, Yashashri is looking forward to act in a Marathi film as she has acted in Hindi shows. In conversation with TellyBuzz the petite actress talks about her travel plans, acting in a Marathi film and more...

You started your career by winning a pageant for Maharashtra Times so what do you have to say about it?

Recently you anchored a Marathi show; so how was your experience being a part of it?

Yeah I recently anchored a Marathi show called Mangla Gaur on Zee 24 Taas a regional channel. I was nervous before anchoring because it was a live show and was something I have never done earlier. But everything was fine when I started hosting the show so it was a different experience for me.

You have done a Marathi show called Laxman Resha on Zee Marathi so can you share the transition period from Marathi to Hindi shows?

When I did Laxman Resha, I was completely new to the industry. It was a learning period for me. The show was based on Kabbadi players and the best part of it was that we had to wear shorts all the time. Later I started my career with Hindi industry with a show called Rang Badalti Odhani where I played a character of a bubbly girl Khanak.

What appeals you more - Working for Marathi industry or Hindi industry?

I think Marathi because I have some connect with it, I think content wise Marathi shows are more rich as compared to Hindi shows which focuses more on the business aspect.

Since you are flexible in both would you prefer working in a Marathi film in future?

Yes I would definitely work in a Marathi movie if I get the opportunity to do so because Marathi movies are improving day by day.

What was the reason behind taking up  Do Dil Bandhe Ek Dori Se?

The main reason behind taking up this venture was that it was a negative character Sumitra something I had never done earlier. I was not sure about doing the role but when I read the script about a girl who fights after getting betrayed, I didn't give a second thought.

Coming to travel diary, you recently had been to Rishikesh so how was the experience?

Yeah it was an amazing experience, I got see different shades of the holy river Ganga as my hotel was situated opposite to the river. So I enjoyed the peaceful atmosphere over there.

How often do you travel; are you a travel buff?

I love traveling because you get to explore new things, I prefer exploring new things while traveling so I always travel alone. I love to gather information about various cultures and traditions. I always make friends whenever I travel to a new place. If I don't travel once in a year I start cribbing for vacations.

Till now which all places have you visited?

I have almost covered the northern part now I want explore the southern side of the country.

We wish Yashashri Masurkar all the best for her future endeavors!

a.mb.i.e.nt 6 years ago Yashashri wish you lots of luck and hope u get new role soon.

+ 2
6 years ago Yashashri all the best for your future projects :)

yliluz 6 years ago Yashashri all the best for future project.

6 years ago yashu di u r an awesome actress as well as a wonderful person.. may god bless u and grant u with lots of happiness

6 years ago Want you to be back in a lead role soon Yashashri Masurkar.
best of luck for your future project.
always love

+ 3
6 years ago Yashashri Masurkar love you very much, come back onscreen soon

hcfan 6 years ago Wish you come back on new role soon. all the best Yashashri

angelTam 6 years ago Yashashri hope u come back soon on a good show...

llYMll 6 years ago Want to see you back onscreen, Wish all the best for future endeavors Yashashri.:)